The therapeutic medic with the voice of an angel 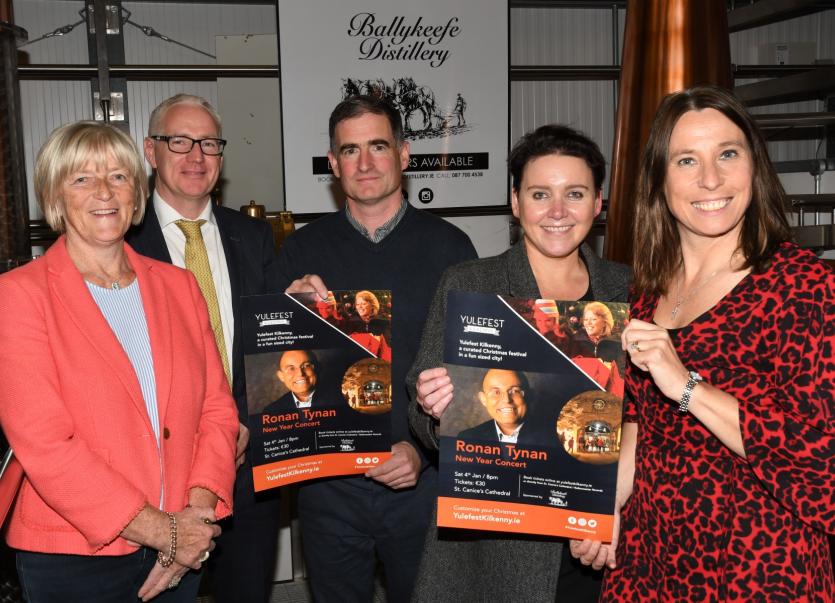 Join Dr Ronan Tynan for a unique Christmas concert at St Canice’s Cathedral in Kilkenny  city a venue very close to his heart.
Dr Tynan first gained international attention in 1994 after having won Go For It, a televised singing competition in the United Kingdom.
A practising orthopedist at the time, Dr Tynan continued his music training at the Leinster School of Music and Drama in Dublin, Ireland and continued at the Royal Northern College of Music in Manchester, England earning a post-graduate Diploma in Voice.
In 1998 he became a member of The Irish Tenors, a group with whom he continues to tour with today. Through the years he has participated in Master Classes with Luciano Pavarotti, Italian tenor Ugo Benelli, Australian tenor Ken Neath, American tenor James King, and American soprano Cynthia Lawrence.
Dr Tynan is the Alltech Visiting Artist in Residence with the University of Kentucky Opera Theatre teaching Vocal Performance, Voice and Repertoire classes.
Ronan has appeared in concert halls across the US and internationally, recently selling out Ballykeeffe Amphitheatre in August 2019 and four sell-out performances with the Irish Tenors.
He is a Sony recording artist who has released more than 10 titles, four of which have achieved platinum status.
Gold medals
Additionally, between 1981 and 1984, Dr Tynan, a bi-lateral amputee, amassed eighteen gold medals and fourteen world records while participating in the Paralympics, of which he still holds nine.
The Johnstown man has performed for four U.S. presidents.
Dr Tynan has sung for two Popes, Pope John Paul II at St. Peter’s Basilica and Pope Benedict at the Concert of Hope.
He has also performed at numerous benefits and memorials for the New York Police and Fire Departments following 9/11 and continues to have a strong bond with those devoting their lives to public service.
Dr Tynan is also a sought after motivational speaker, having more than 30 engagements annually.
Book tickets online @YulefestKilkenny.ie or from St.Canice's Cathedral/ Rollercoaster Records.