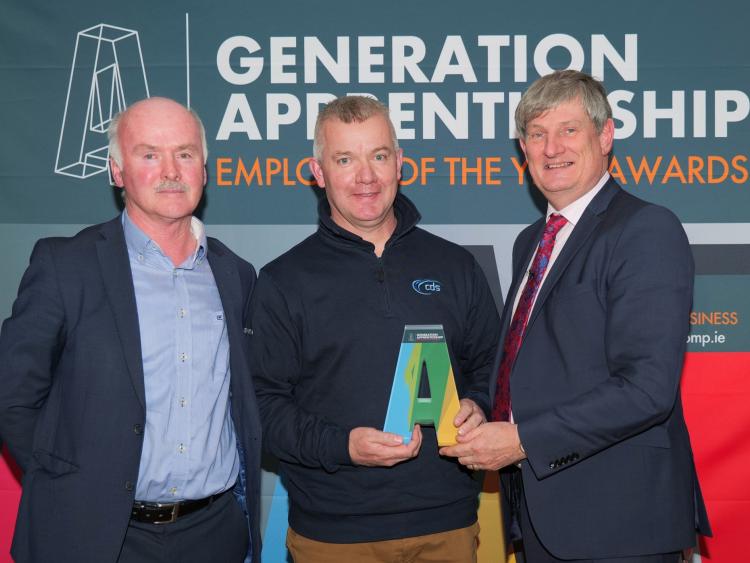 Speaking at the Generation Apprenticeship Employer of the Year Awards, Mr Pat O’Doherty, CEO ESB and Apprenticeship Council Chairman said “Apprenticeship is finding its place in more Irish industries from Finance to ICT and Logistics, but making apprenticeship work in industry sectors that have never used apprenticeship as a pipeline before is critical. We have already made great progress with over 1000 employers now taking on apprentices on new programmes introduced in the last 3 years. With highly paid roles across established and new industry sectors apprenticeship is meeting the training needs of jobs such as Data Analyst, Aviation Engineer, Software Developer, Chefs and many more.”

Congratulating the winners, Pat said “Across each of the nominated companies we have seen consistent high-quality training as well as care and investment in the wellbeing of each apprentice.

Backed by over 5,000 employers, Government and industry consortia, Generation Apprenticeship is driving a completely new model of flexible industry-led development.

“Numbers tell a story and there has been an upsurge in applications for apprenticeship roles. The average age of applicants is also increasing with people of all backgrounds, career changers as well as school leavers completing their chosen award,” said Pat.

Aiken Insurance, the micro business award winner is an excellent example of how apprenticeship is growing. Aiken is relatively new to apprenticeship, having taken on their first apprentice in 2016 on one of the newer apprenticeship programmes.

“These awards recognise the crucial role that companies play in the generation of skills, the development of economic growth and of community well-being,” said Dr Mary-Liz Trant, Executive Director for Skills Development at SOLAS. “It is important that those who are providing first-class skills development are acknowledged and encouraged and I extend warmest congratulations to all our nominees and winners. Apprenticeship has a tremendous amount to offer and we can see it represented in these awards though the nominated businesses.”

The nominees for the small and medium business category spanned a broad range of industries, from construction to engineering, electrical, manufacturing, insurance, logistics, and biopharma. Two awards were made in this category.

C-Mac Electrical stood out. From the moment the apprentices join the company they are supported by a structured and innovative programme of training, and throughout their time with the company they have access to cutting-edge skills, knowledge and experience.

CDS Metalworks the second award winner in this category stood out for the contribution it makes to its region and to promoting apprenticeship as a talent pipeline.

J&J Vision the first award winner in the large business category emerges for its leadership and pioneering approach to adopting apprenticeship as a new talent pipeline in its really successful enterprise. From a standing start in 2017, it now has almost 40 apprentices, and has matched its workplace investment with a big investment in apprenticeship outreach to schools, communities and to a range of regional enterprise groups, championing apprenticeship to diverse employers in the region.

Designer Group the second award in the large business category stood out as an exemplar in national apprenticeship training. It has been a longstanding employer of apprentices across a range of programmes, and currently has 170 apprentices employed. Apprentices benefit from a well-structured training programme on-the-job, from induction through to completion, with a strong focus on holistic education and training. This company has also had a longstanding, very committed outreach programme in schools and with community groups. As well as being a stalwart of apprenticeship for decades, Designer Group has also fully embraced and got behind the drive for expansion through Generation Apprenticeship and the vision of making apprenticeship a central route to skills development in Ireland.