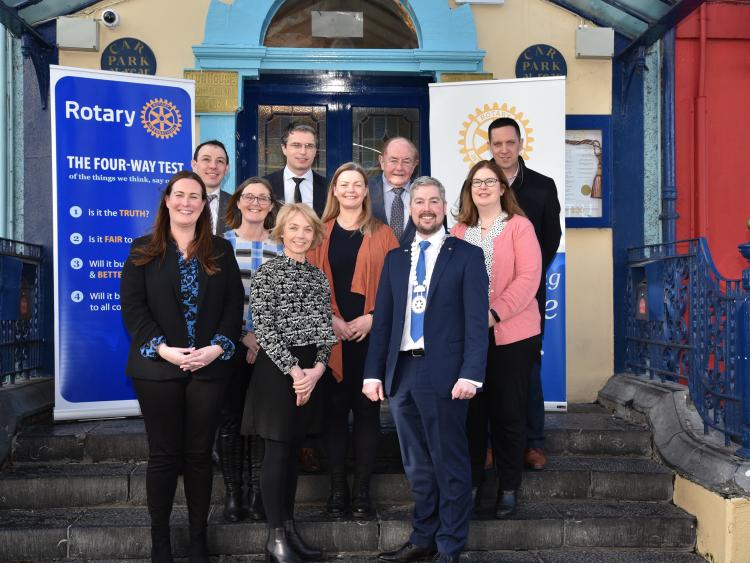 The Rotary Club of Kilkenny became the largest Rotary Club on the island of Ireland last week, when it inducted eight new members, bringing its membership to 61.

All eight members were present at last week’s lunchtime meeting in the Club House Hotel, when President Jason Dempsey invited them to receive their Rotary pin, a copy of the three year strategic plan, and the membership list. They spoke briefly, to introduce themselves to the existing members of the Club.

Over the past year, Kilkenny Rotary Club has engaged in a number of projects; local, national and international. These included the celebration of 40 years of the club’s existence in May 2019, the launch of the Bikes for Africa campaign, supporting the SOS and the Culinary Olympics Team, providing a soft play area for the Mother of Fair Love School, and the annual Christmas Remembrance Tree collection for the Carlow Kilkenny Homecare Team.

“The Club is delighted to welcome these eight new members,” President Jason Dempsey noted. “Introducing new members to the Club is of vital importance, and we look forward to working with them on our many upcoming projects.”