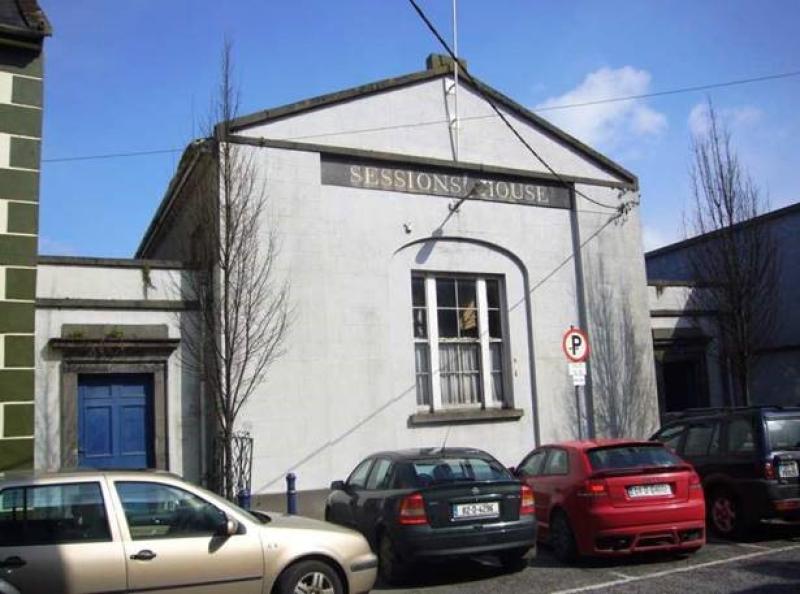 A jewellery school and creative centre run by the Craft Council of Ireland is on track to move into the Sessions House in Thomastown.

Plans for the regeneration of the Sessions House, a former courthouse, went on display just before the start of lockdown, and the consultation period was extended. That has now ended.

Director of Services Mary Mulholland said every effort was made by Kilkenny County Council to engage with the public but it was a victim of Covid and couldn’t hold an information evening.

The planning process could not be delayed, she said, and the project has gone before the full County Council for approval for the change of use to jewellery school and creative centre.

Small changes need to be made to the building to bring it up to standard, Ms Mulholland said.  This represents a huge opportunity for Thomastown and will bring a heritage building back to life.

Cllr Deirdre Cullen said she was delighted to see the project moving on.

In 2019 Kilkenny County Council were successful in securing funding for the refurbishment of the iconic Sessions House building, formerly Thomastown Courthouse, on Logan Street, Thomastown from the Rural Regeneration & Development Fund.

It has been a longstanding objective of both community and arts groups in Thomastown and of the local authority to refurbish and repurpose this building to secure its future as a living building in Thomastown. Plans previously in place for the building were to create an arts centre in keeping with the inherent creative and design culture in Thomastown.

As part of the redevelopment project for Sessions House, Kilkenny County Council sought  a partner in the creative sector to operate the building into the future. The Design & Crafts Council Ireland (DCCI), based in Kilkenny City, with a strong presence also in Thomastown, have agreed to move forward with a proposal to develop a fit-for-purpose facility to house their Jewellery & Goldsmithing Centre of Excellence at Sessions House. The proposed development represents a commitment to supporting and promoting the progression of new creative talent to employment in the creative sector.

Working closely with DCCI, Kilkenny County Council developed plans for the refurbishment of Session House which include some internal and second floor modifications, to meet the needs of modern building standards, as well as meeting the conservation needs of the building, ensuring the retention of its unique character.

The Elected members of Kilkenny County Council at its July monthly meeting, held Monday July 20th, considered this planning application. Proposing that the project be approved for development, Cllr. Peter 'Chap' Cleere, Chairman of The Callan Thomastown Municipal District pointed out the importance of the Sessions House building to the Thomastown streetscape, saying that “this fine structure has been vacant for far too long, there can be no doubt that it’s re-use will breathe new life into the Logan Street area as a focus of creative and cultural activity.”

The Elected Members of Kilkenny County Council approved planning permission for the refurbishment works which will now move forward to procurement with works to commence on the refurbishment of Sessions House before the end of the year.

This is an exciting project for Thomastown, placing it firmly at the centre of a design, craft and creative sector ecosystem in Kilkenny, supported by DCCI, Kilkenny Leader Partnership, the Department of Rural and Community Development and Kilkenny County Council.