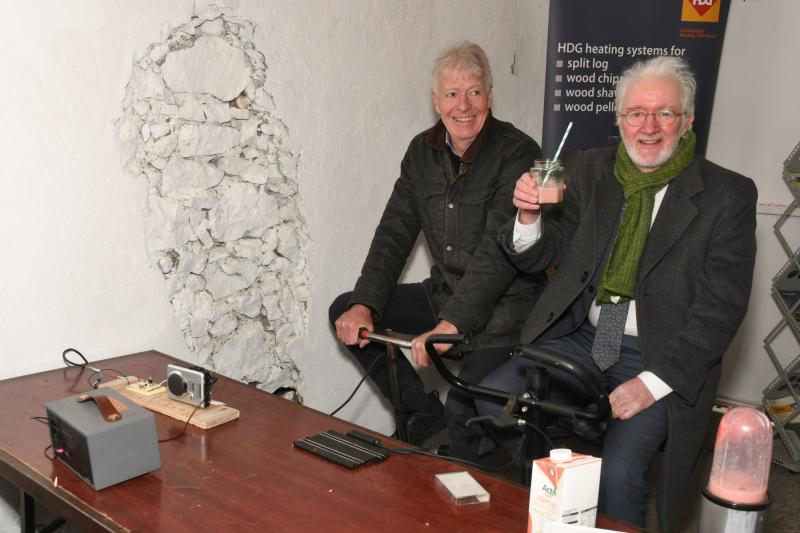 Where our energy comes from, and where it will come from in the future is the most important topic facing our species, says Donal Gallagher.

Officially launching the Callan Energy Store, last week, he honestly told those gathered that he was prompted to set up the community effort because he didn’t want to tell his children he did nothing in the face of the climate crisis.

What he, and others, have created in the Callan Energy Store is somewhere for people to have conversations but also to cycle a bicycle and watch it create the energy to power a radio or turn the motor in a smoothie maker, or renew their rusty, metal tools in the electrolysis contraption!

There’s lots to see and do and the Energy Store is open to everyone to call in. They are open Thursdays, Fridays and Saturdays, from 11am to 8pm, until April 23rd. 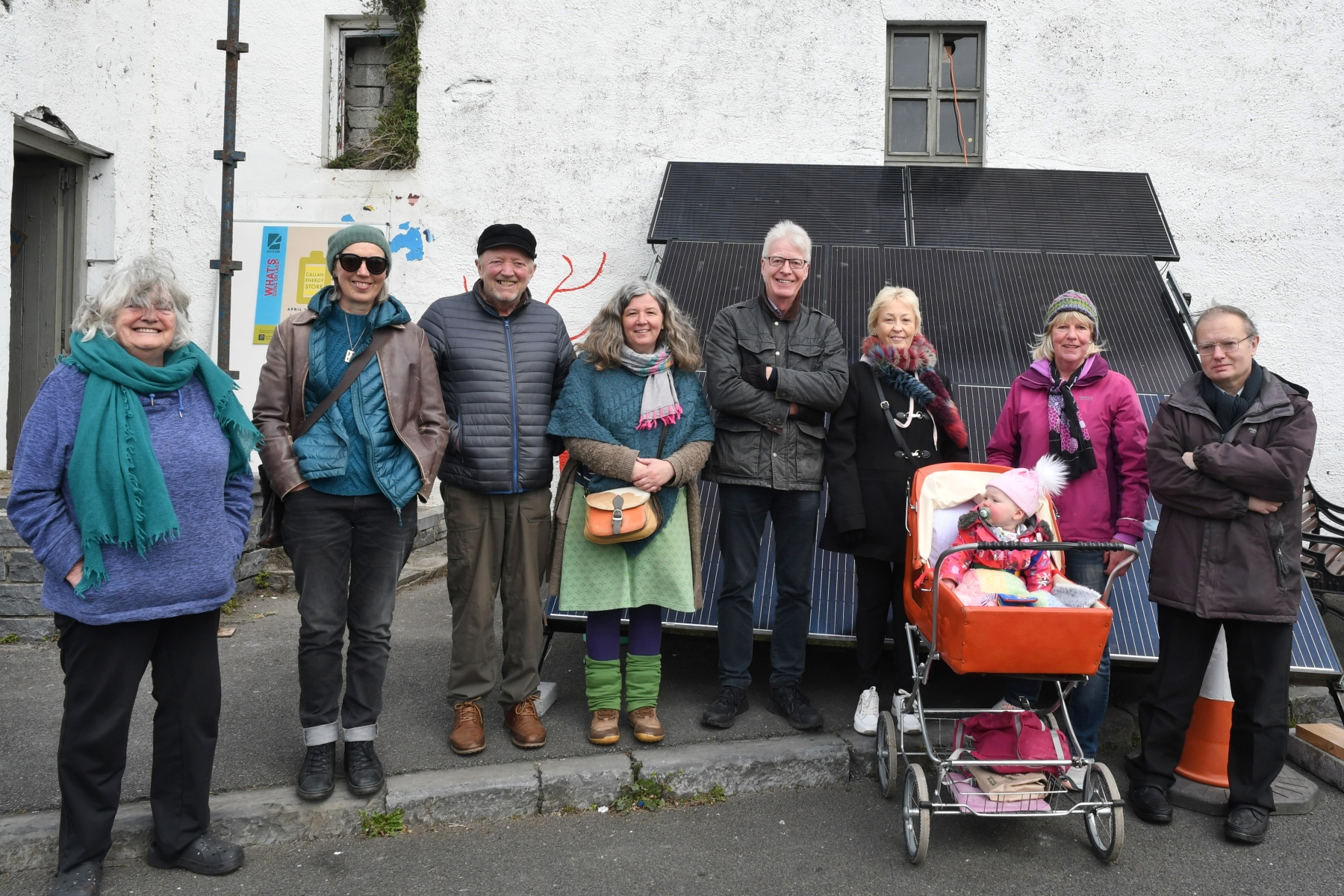 Above: At the launch of the Callan Energy Store

The story of the Energy Store
Donal explained the concept in his own words:

“So what exactly is The Callan Energy Store?,” asks Kevin, who’s making a short documentary about the whole thing. It’s a reasonable question. And no better man to ask it. It’s literally his job. And he’d be forgiven for assuming I could answer it. It was my idea in the first place.
“... it’ll be a store, like a battery... is a store... dya know, like, it’ll be like, a capacitor for human energy... like”.

I’ve been saying this for a year, and thinking I’m fierce clever and people are looking at me and thinking, what is the baldy fella talking about? And now he’s wishing he knew himself.

At the beginning of the pandemic lockdown, our family made the first faltering steps toward carbon neutrality. We’re still a long way off, but we’ve learned lots. Mostly through other peoples’ stories.
And that’s a business we know a little bit about. Stories. After three big theatre productions in Callan over the years (including Bridge Street Will Be and The Big Chapel X, we’re back to square one, cooking up the next big one. So what’s the story?

In 1909, long before it became the home of Callan Bacon, the factory building on Mill Lane was home to The Callan Power House – the town’s very own, locally owned electric generating company. With over 90 local customers it even powered a network of electric street lighting, long before such things were to be found in other towns and villages. 100 years later, maybe we could use the same building to generate a different kind of energy?

With the kind and arguably foolhardy cooperation of its current owner, Seamus, we’re evicting the pigeons, and removing their many offerings, and we’re creating a... what?

It’s a temporary pop-up, drop in space, a home to talks and thoughts and sharing ideas about energy - where it comes from, who makes it, what it costs. It’s a chance for us to meet together again as humans and remind ourselves what it means to hang out together and find solutions together - solutions that we all really need to find.

“You do know there’s no electricity in the building, yeah?” says Seamus. While it’s entirely possible he may have pointed this out a year ago when we first came up with this crazy idea, I’ve somehow managed to neglect this fact. “You can borrow the diesel genny there, no bother,” he says, with a grin.
Thanks to our ‘notions’ we’ve basically morally obliged ourselves to power the whole enterprise on renewable energy. 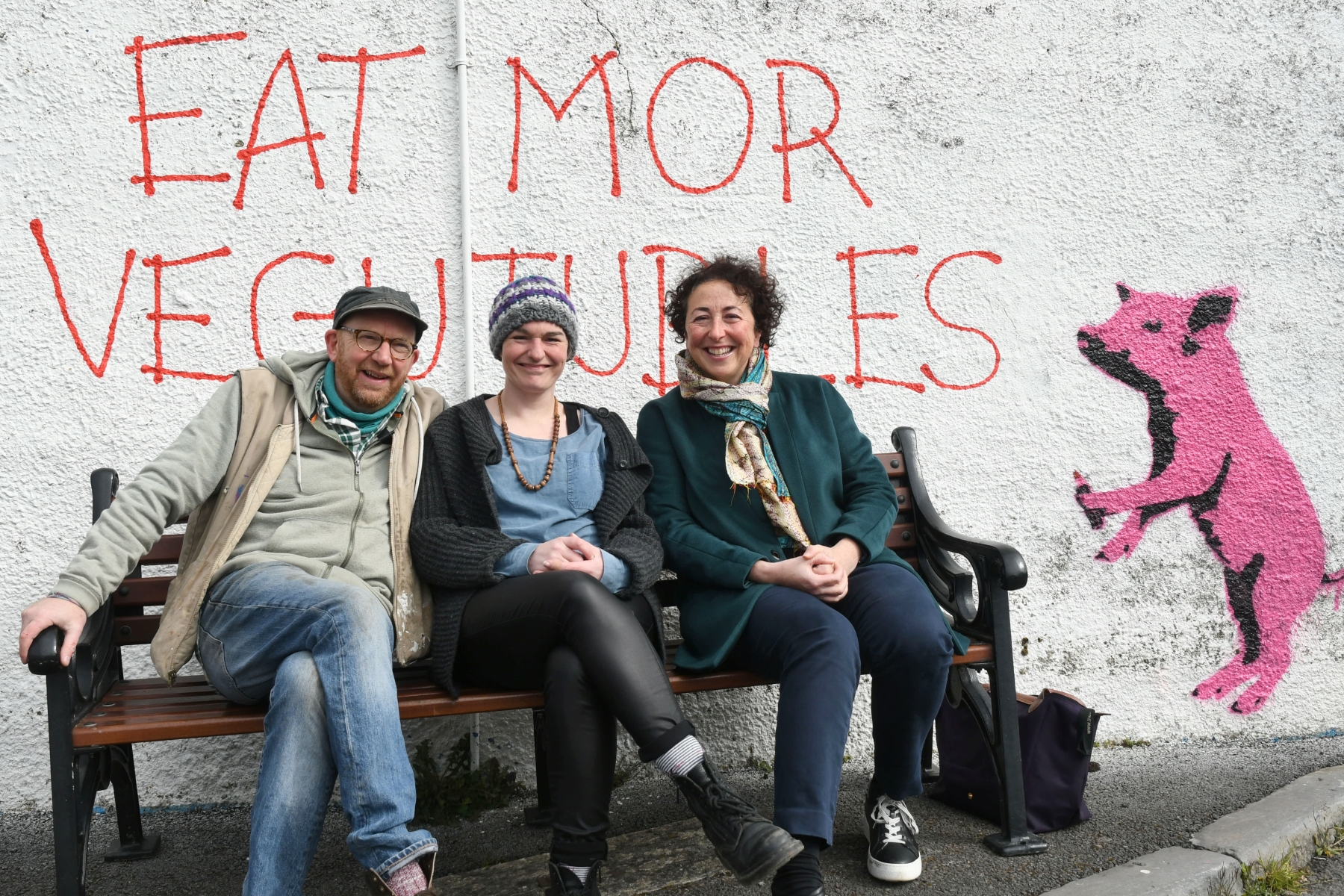 After an eye-watering quote to borrow a solar powered genny for the month (“is that to rent it or to buy it?”), the good folk from Cultivate @ Cloughjordan Eco village have already got one, built onto the back of a trailer, and in exchange for some upgrades, they’re loaning it for a month.
This will hopefully power everything that goes on in the Store for the next month. We’re still not sure what exactly that will be, but hopefully you’ll be part of it.
Visit https://callan energystore.ie/ for full programme of events.

In addition the Energy Store will host Rusty O’Tooles Electrolysis Corner – bring in your rusty tools and equipment and watch the rust melt away through the magic of electricity.

Alert: Extended recall of Kinder Egg treats due to possible presence of salmonella