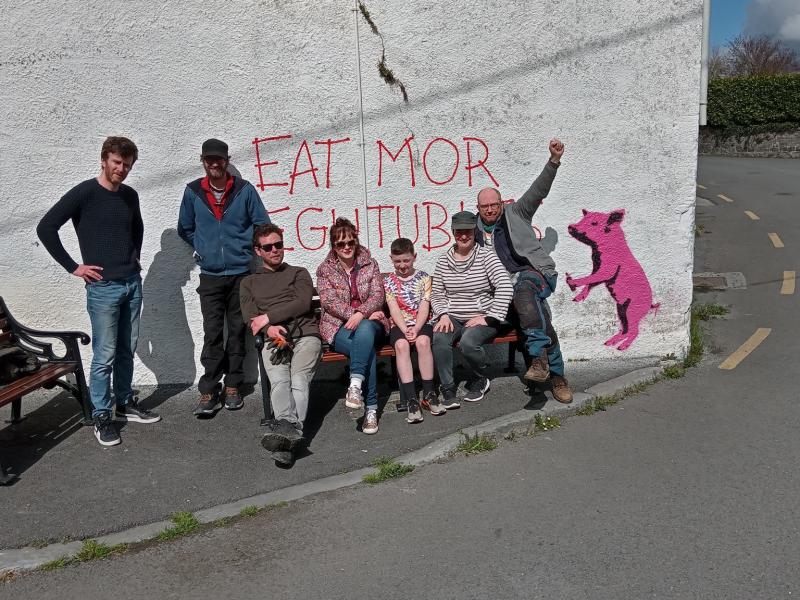 We've managed to open a store that doesn't sell anything.

I work in the arts – an industry that has, like many others, been decimated by the pandemic. I feel increasingly uncomfortable with language. I just wrote 'industry' above... a word that conjures up the idea of making a product for profit. We talk of 'economic growth', as though it were an absolute good. And yes, sure, I get it, we all benefit from cheaper knickers from Pennys or a cut price Mexican beer. But who's really benefiting? When you stop to think about it, there's a time, for example, when 'continuous growth' in the human body has another meaning, and it begins with a capital C.

There's a pig on the wall of the energy store. I don't know how she got there, though it is a bacon factory in fairness. She's written a message: 'eat mor vegutubles'. “Is that the way to spell vegetables now?” asks the passing van man. "It is if you're a poorly educated pork product trying to start a revolution. Or perhaps just trying to save her own bacon...?"  He laughs heartily and departs in a small plume of diesel smoke. The pig and I may have much in common.

Anyway, I'm no expert. I'm still struggling to get a basic grasp of electricity (I mean it's just plain magic, right?). It's the job of the Asylum inmates to just ask awkward questions. I don't have any concrete answers to the questions people are asking, but I've buried myself in the subject for the past year of lockdown (let's face it, there wasn't much going on in the live theatre world at the time), and I think I'm a little closer to making some informed decisions. Rightly or wrongly, time will tell.

But the more we talk the better we understand and appreciate those close to us – our community – while we watch our neighbours bullied because the bully has all our shoelaces tied together with a gas pipeline.

Which, coincidentally, is the same price as all conversations at The Energy Store! Come along and generate some free creative energy.

What's on this week at the Callan Energy Store? See below. 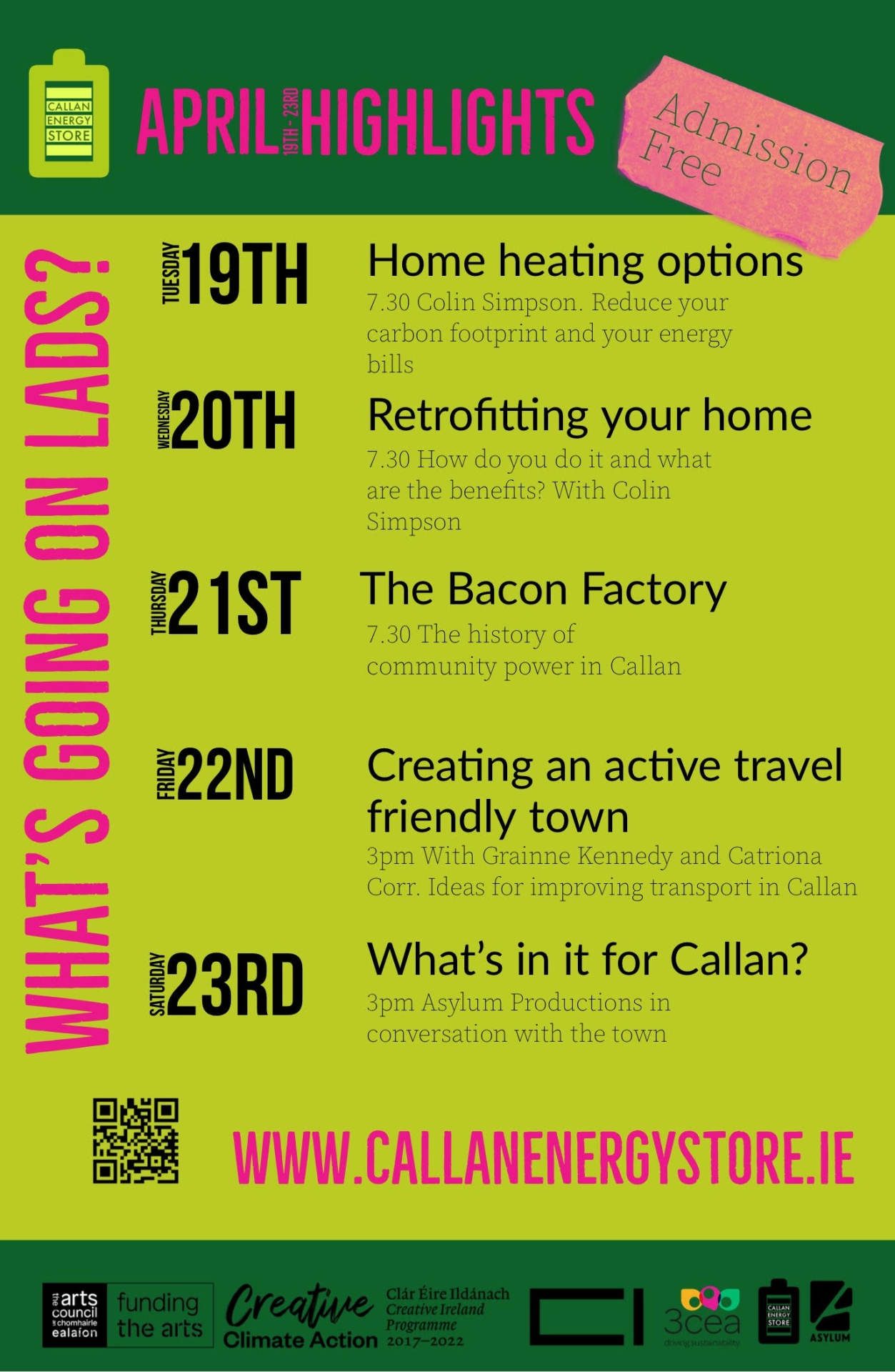 Farmland prices forecast to rise by 6% on average this year