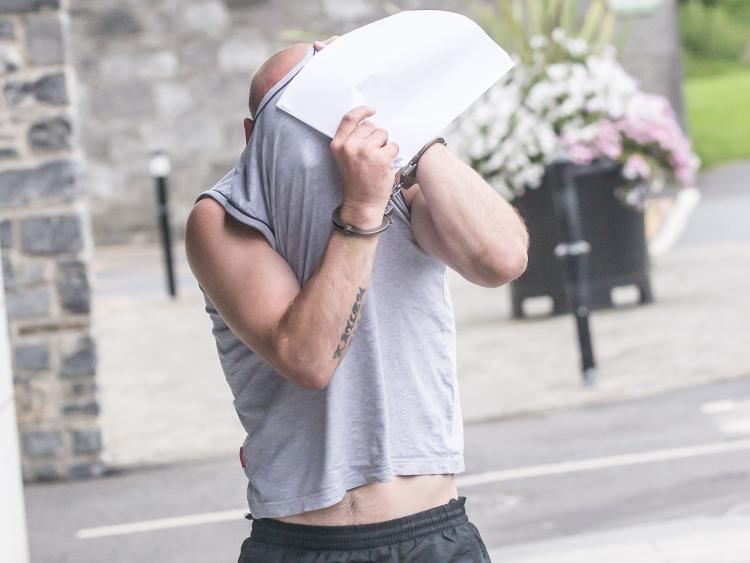 A suspect accused of stabbing a man and causing him serious injury in Castlecomer last August has been remanded in custody.
Martin Kelly, 21 Church Avenue, Castlecomer is accused of assault causing harm to a man at Love Lane, Castlecomer on August 19 this year. The defendant was also charged with production of a knife during the course of a dispute.
A bail application was made on behalf of Mr Kelly but gardaí strenuously objected on a number of grounds including the seriousness of the alleged offence, the likelihood that the defendant would re-offend and the possibility that the defendant may interfere with witnesses in the case.
Gardaí also outlined to the court how forty previous warrants have been issued for his arrest.
The defendant has 177 previous convictions for offences including reckless endangerment, resisting arrest, unauthorised taking of a vehicle, criminal damage, burglary, theft, drink driving, handling stolen property, escape from lawful custody, possession of knives and trespass.

The defendant was remanded in custody to October 23 awaiting DPP’s directions.
Pleas were entered in relation to a number of offences including drink driving on August 27 at Oakhill, Castlecomer. He was convicted and sentenced to six months in prison and was disqualified from driving for ten years. He was also convicted of handling stolen property, allowing himself to be carried in a stolen car and trespass at Farrells Filling Station in Castlecomer on August 4.
Sergeant Alma Molloy outlined how on August 4 it was reported to gardaí that the defendant was seen in the office area of Farrells Garage and that a key was stolen.
On the same day the owner of a vehicle parked her car in Chatsworth Street, Castlecomer and went into the shop and left her keys in the car. When she returned to her car it was stolen.
In the early hours of August 5 gardaí stopped a car at Rockwell, Co Tipperary and the defendant was a front seat passenger in the vehicle. He was arrested and brought to Cahir Garda Station and while in custody a key and keyring belonging to Farrells Garage was found on him.
Solicitor Chris Hogan said how his client had issues with alcohol addiction and had a difficult upbringing.
In relation to the trespass charge Judge Daly imposed a five month sentence to run consecutively to the one previously imposed. He backdated the sentence to August 28.
He imposed a further six-month sentence, to run consecutively in relation to the charge of allowing himself to be a passenger of a stolen car.