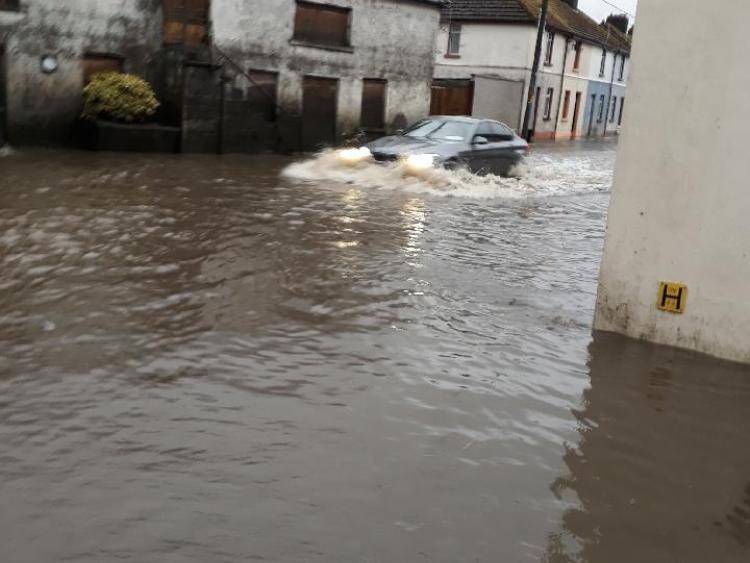 Chairman of the Castlecomer Municipal District Michael McCarthy last week welcomed Minister Kevin ‘Boxer’ Moran to Freshford, honouring a committment the Minister had made to visit number of weeks ago.

He was shown the issues that are the cause of the Johnstown Road flooding and the possible solution.

“The Minister gave a commitment to providing the funding to carry out these works,” said Cllr McCarthy.

“He also announced funding to the amount of €3.8 million to carry out flood relief work to the Nunea River in Freshford. It’s a good day for the village.”