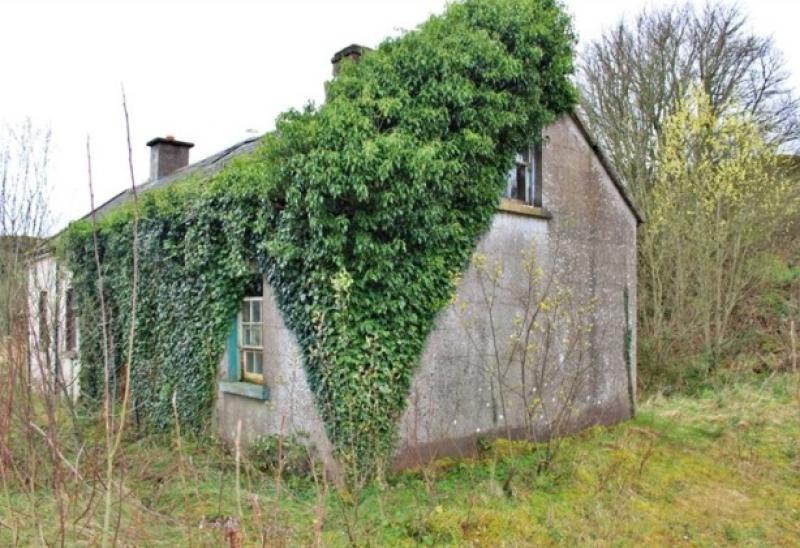 I am looking out at a sad sight at the moment – a mass of brown stems and twigs - bare and a bit miserable. It is the variegated ivy that covers the boundary wall near the house, knotted through with a big white flowering Clematis montana.

Normally I like this massive tangle – even though it faces north and most of the clematis flowers place themselves on the other side of the boundary wall where we cannot see them. Still, I get to see a small smattering of flowers in late spring. I assume and hope the neighbours enjoy the bigger show of flowers. I never think to ask when talking to them.

Over on this side the flowers may be sparse, but I do have great foliage to look at. The birds certainly like it and lack of floral decoration over here does little to keep them away. There are wrens and other little ones that flit in and out from late spring until the end of the year, probably tending nests and hunting out bugs to feed on. They make for great viewing.

Once every three or four years, I have to intervene in proceedings however. The ivy and clematis need to be hacked back to the wall, because these boyos are rivals in a race to take over the world - or at least a substantial part of my garden.

Both are climbers and I like them running rampantly along and up the wall. This why I planted them there 20 years ago. But every so often they begin to move outwards. They try to take over just that bit too much of my space. They begin to morph from wall clingers to space invaders. Ivy in particular tries to become a tree. It needs to have its ambitions curbed and be hemmed in a bit, so that we can all continue to live together.

I notice too, that when the mass of branches and leaves gets really substantial, the cats can make their way along and through the tangle. This is not a welcome prospect for the birds. Hacking it back, and rendering it a flimsier structure puts paid to their antics – a little.

Most important is to make the changes in January before the next year’s nests are started. Later in the season, as new leaves come out, the whole thing will look good again and there will be more cover for the birds to move back in.

In the meantime, piles of chopped off growth has to be composted. Also, great heaps of dead leaves that were gathered within the mess of branches, have now found their way down and onto the border where they will be dug in and composted on site.

People grumble and grouse about ivy, muttering about how it takes over, wants to knock down their walls and wheedle its way in through cracks in the plaster. But sheared back to the wall at this time of year, it will not take over.

Meanwhile, the belief that it will undermine walls is not that credible either. I wonder if it comes from the association of ivy on the walls of crumbling estate walls and ruins. But these are walls that can date back a thousand years.

If so, remember that those walls are crumbling because of age, not ivy. If anything, these days, expert thinking has even suggested that the ivy on these old walls might in some way protect them from the elements.

Ivy up the walls of your 80 or eight year old house is not going to cause trouble, particularly if you grow a less than vigorous named variety. Many of the variegated ivies will grow only so big. They will not knock the house. And if you really want a weakling, choose one with lots of variegation.

A variegated ivy is one where the leaves are decorated by pale, creamy or gold splashes. The white and cream areas on the leaves are areas where photosynthesis is absent.

A plant makes its food when the green chlorophyll acts in conjunction with sunlight and water to make food. The greater the amount of green foliage the more food the plant makes.

The greater the areas of foliage without chlorophyll, the less food the plant can make and the less vigorous the plant will be – reducing its rampaging power.

This is why, when you see a branch of green leaves appear on a variegated plant, you should prune it out. If left in place, it will grow faster than its variegated compatriots. More green branches will appear over time.

Eventually, if you fail to act, the whole plant will revert to the plainer but much more vigorous, green version of itself.