A DAY IN THE LIFE - Jeremy Hickey, aka RSAG 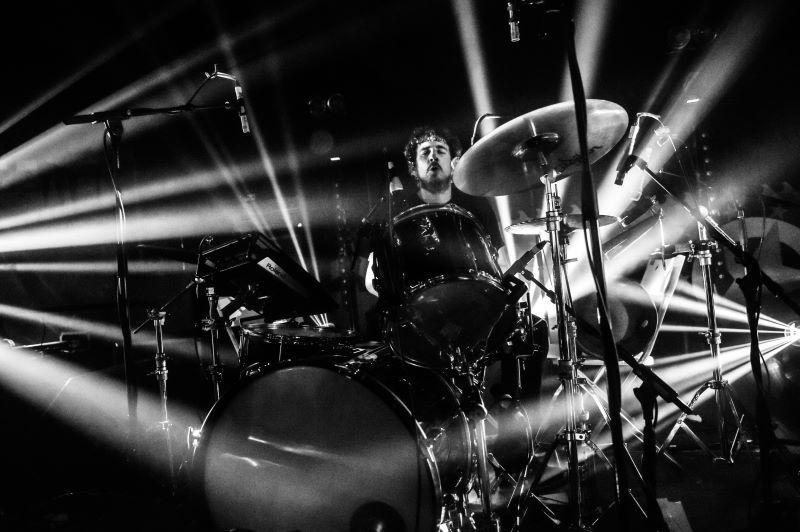 Jeremy Hickey (also known as Rarely Seen Above Ground - RSAG) is an Irish multi-instrumentalist from Kilkenny. I caught up with him ahead of his Samba group performance at Kilkenny Tradfest this St Patrick’s Weekend.

Jeremy hit the spotlight in 2008, receiving rave review from the Irish Times, RTE and & Hot Press Magazine and again in 2009 when he supported the Pixies, who asked him to open their show in Dublin’s Olympia during their world tour.

He has played various main stages including Body and Soul and Castlepalooza and made more than 10 appearances at the Electric Picnic. Jeremy has travelled across the globe for his own work as well as being part of a French electronic outfit for many years which has him based in Paris for some time.

Described as “one of the most innovative and astonishing Irish musicians around”, Jeremy studied in the Royal Academy of Music and studied Music Technology the STC in Dublin.

The highlight of his career came in the form of a phone call when a world-renowned, multi Grammy award winner contacted him while he was on holidays. Xavier De Rosnay of Justice flew Jeremy to his French studio the next day to record drums for a project he was working on.

His double album Organic Sampler received a Choice Music Prize nomination for Irish Album of the Year 2008 in 2009 and was followed by his second album Be it Right or Wrong in 2010.

Jeremy now lives in Kilkenny with his wife Roisin. He teaches music full-time, as well as being a music producer and is currently finishing his fourth album Chroma, which he will be releasing in the coming months. You can catch him every Sunday night in Kilkenny’s Pumphouse, where it all began, performing with the Bar Flies over 20 years ago.

Here is a glimpse into Jeremy’s world…

Lunch – We recently moved into town so I get to head home for lunch these days, which is great. I might bring our dogs Nancy and Kobi for a quick walk, then it’s back to school to teach.

Evenings – I try to get some work done in the studio. Then Roisin and I usually head to the gym or pool. I’m the chef in the house so we’ll have a late dinner, watch a bit of Netflix and then off to bed.

Our weekdays, like most peoples are pretty routine but at weekends we try and do something quirky. Whether it’s watching the sunrise by the sea, going to a gig, a mini road trip or some form of sport, we don't sit still for very long!

Jeremy, you went to school in St Canice’s Primary School and onto the CBS. Was that where you found your love of music?
My love of music started before then, as there was always music in my house. My dad Tom was in showbands for years, so there was always a bass, a guitar and even a piano at one stage in the house. My mother Agnes was really into rock music, bands like Status Quo, Led Zeppelin and Queen were always played in the house. So I think I first heard music and drums in the womb!

However my first band was formed in the CBS at 14 years old, it was called Prime Evil. We learned a lot of songs by our favourite bands at the time. The Cure, The Pixies, Whipping Boy, House Of Love and The Jesus And Mary Chain.

It did go full circle for you, as years later you supported the Pixies?
I was 15 playing my first gig in the Newpark Inn supporting a band called Red Berry Joy.
During that time lots of bands were doing covers of by The Pixies. They were a big part of our lives growing up.

How did you get the call to open up their show?
I was contacted by MCD who offered me a gig - little did I know what it was!
I had just finished studying Music Technology in Dublin and I was on this mission to get my first album off the ground. I released it in 2008, it was a double album called Organic Sampler. It got really good reviews. Jim Carrol (Irish Times), Lauren Murphy (Sunday Times), Niall Byrne (Nialler 9) really championed the album. Jim Carroll gave it five stars which was a huge deal at the time which really helped put the album on the map.

You are a solo drummer performer, but alongside a virtual band. How does RSAG work?
RSAG has been my project for over 10 years. I’ve always wanted to do something really different so I decided to produce something that at the time hadn’t been done before.
Drums are my main passion, singing and everything else came after. When you are a solo artist, everything you learn, you put back into your own music by way of experience.

The process would start with me recording some percussion or a bassline. I would then loop these parts and make a loose arrangement. I will then listen back on repeat and play around with some ideas and see what works. It can be quite a long process to find something that really works. A lot of the time the drums will be the last thing to record.

You were on a roll in 2009, playing Oxegen Festival, only Ireland’s biggest music festival. What was that like?

I remember coming out on stage to a big crowd cheering and I said ‘what, for me?’. It was a big moment, everyone in the crowd laughed, but I meant it – are they cheering for me? It was brilliant and kind of scary too, because I had to follow up on it. It was cool leaving the stage and the next act was Florence and the Machine. I’ve been lucky to meet some unbelievably talented people over the years, particularly abroad.

I believe you are bringing a mini Electric Picnic to our St Patrick’s Day Parade this year, with a street party on John’s Street after the parade.

Yes we have started up a Samba Drumming group class a few weeks ago and we are performing together for the first time on St. Patrick’s Day on the streets of Kilkenny. Samba is a Brazilian music genre and dance style, with roots in West Africa. It all began in Africa!

So hopefully we will have the people of Kilkenny partying on John’s Street for a post parade party. Marian Flannery (Director of Tradfest Kilkenny and St Patrick’s Day Parade) and I had the idea of getting a Samba band together and we would rehearse on the lead up to St Patrick’s Day. It’s the perfect street party!

Not all the group have played the drums before, are you optimistic?
Most of them haven’t, but we all have rhythm. As long as you have a heartbeat, you have rhythm. The heart beats around 60 plus beats a minute, a lot of dance music has around 120 beats a minute. That’s why you want to dance when you hear a rhythm that’s double your heart rate. I’m very impressed by the group, they are very focussed and seem to be really enjoying the classes.

When is your next album out?
The fourth album ‘Chroma’ will be released soon this year. Keep an on eye on my social media, dates will be announced soon.
Is there anything that people would be surprised to learn about you?
I am a very private person, even though I am in the public eye when making music and playing live.
I just love producing music and teaching, but off stage it’s head down and get on with the day job and enjoying life.

You can join Jeremy Hickey in his Drumming Workshop at Kilkenny Tradfest over St Patrick’s Weekend. Tickets are available on www.kilkennytradfest.com