The ever-changing face of gardening 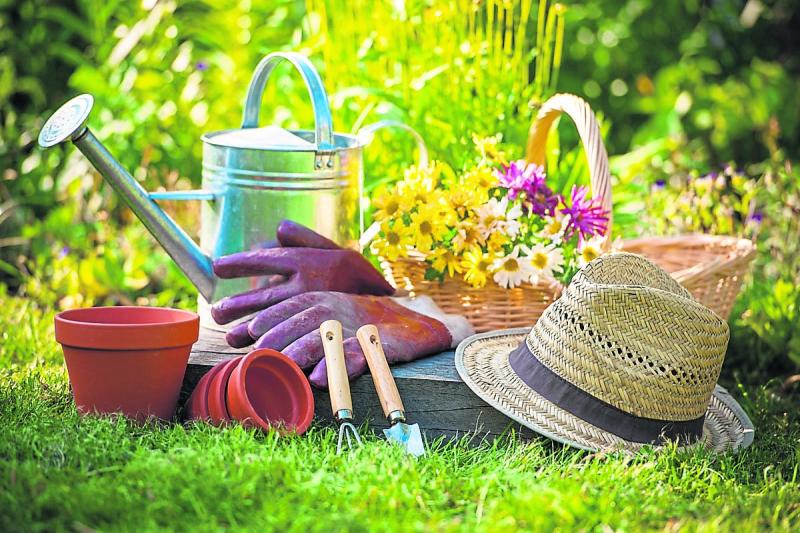 I was listening to a radio programme recently and heard mention of a 50-year-old gardening club in England.

They spoke about the prizes that were given back then for the best vegetables and flowers at the annual show.

It was hilarious: The prizes were - First: five pedigree rabbits. Second: a boiling fowl. Third: an iced cake.

I would love to see the reaction of a member of one of our current gardening and horticultural clubs, on being presented with a box of bouncing bunnies as reward for growing the best leeks at this year’s County Show. The word prize does not immediately spring to mind. Punishment might be more the thing.

The horror experienced by a 21st Century town gardener when faced with Thumper, Peter and Cotton Tail does not bear thinking about.

I think the iced cake would certainly be seen as the happiest first prize. The boiling fowl might not be too bad as a second prize – assuming it was not walked into the meeting on a lead. The rabbits would seem more like some sort of perverse imposition, inflicted rather than rewarded. Also, I think the ISPCA might have something to say on the matter!

These days, not many of us have the required premises to accommodate a family of rabbits, pedigree or otherwise in our gardens. By the time we have fitted in a set of swings, a trampoline and a play house for the children, between the patio with a fire bowl for entertaining and the water feature and seating area, there is generally little space remaining in the average back garden to give over to animal husbandry.

Gardening is changing. It has changed hugely in the past few decades. The style of what we do and the methods with which we work would be considered strange to the gardeners of 1970, which for those of us who remember it as being fairly recent, was 50 years (or half a century) ago.

I would love to hear from any gardeners who are working a garden that was made in the early 1970s, particularly if the shape and style of that garden is similar to the way it was when the garden was first made.

Anyone who moved into a house and garden made in, and maintained similarly to, that period would be as welcome as the flowers in spring. Contact me.

In the 1970s, gardening in Ireland was very much more an minority sport than it is today. Ornamental gardening was even more niche. I can remember people with small town gardens where the whole front space was given over to growing potatoes.

The back was then taken up by rows of scallions, cabbages and carrots. There was an arch with a rose. I cannot remember any other flowers.

The family in question, living in the modest house, had six children and they needed a lot of vegetables.

I passed the garden and its neighbours regularly and can remember it vividly. In the same row of houses and gardens there was plenty of hedging, mainly Lonicera nitida, or poor man’s box.

There were patches of bergenia or elephant’s ears, and one garden where there were some lovely, deep pink peonies. The only bedding I can remember was a row of orange marigolds that lined the path to one of the front doors. The only tree that stands out in my memory was a stag’s horn sumach.

While my memory of these gardens is fairly vivid, I was extremely young and I would really love to be transported back as an adult, to study the whole row.

I would love to see in detail just how intensive the cultivation in the vegetable grower’s garden was. I would like to study the methods he used, what fertiliser he opted for and how he rotated his crops. I would love to ask if he was a trained gardener, possibly working as a gardener for someone else. I would be fascinated to know all about the workings of the place.

I cannot imagine a front garden today given over to such practical use – although, as the Corona Virus takes hold, will we all be staying home, out of each other’s way, and growing vegetables where we once grew roses? I do not know. We will see how the year pans out. Will we head back to the future?

In the meantime, I have my potatoes chitting, getting ready to go out into the garden – not the front garden, however. Not yet. Hopefully we will not end up having to go down that route.

In the meantime, buy your vegetable seeds now for planting out in the next few months.

I look forward to hearing from those 1970s gardeners!