James 'Cha' Fitzpatrick has a hurling record the envy of many greats, and is currently in Xi'An 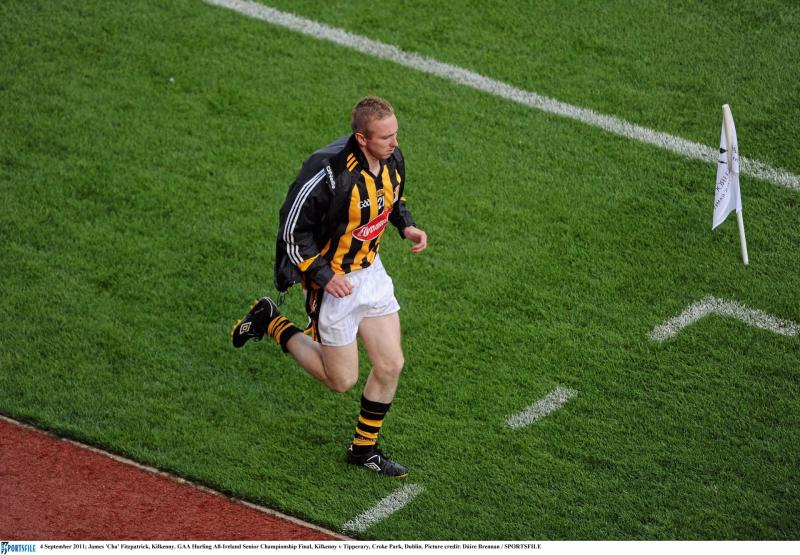 He is fondly remembered in his native county for his exploits on the hurling field, but a former Kilkenny star has been lighting up screens once again this January - albeit most of them on the other side of the world.

His skills with hurley and sliotar are not the focus of the segment, however; it's Cha's thoughts on how China has handled the Covid pandemic, as an Irish expat living in China's Xi'an. A former student of St Kieran's College, he is qualified as a primary school teacher, and his profession has seen him based in China for some time now.

Cha reveals that he is impressed by the community spirit in Xi'An and says everyone is working as a team. A lot of the teaching at present, he tells viewers, is online. He has lots of time to spend at home with his wife and daughter.

"I think China acted swiftly and I've been very impressed with how China has tackled the pandemic," says an Irish expat living in China's Xi'an, which is battling a COVID-19 resurgence. #GLOBALink pic.twitter.com/WW8rHpfqEK

"I think China acted swiftly and they brought in many measures that everybody followed very quickly," he says. "I've been very impressed with how China has tackled the pandemic, tackled the virus."

Back to the hurling world: Despite retiring from inter-county at the young age of 28, Cha achieved an extraordinary amount in his career. With five All-Irelands and seven Leinster titles in the black and amber of Kilkenny, three All Star awards and a heap of titles with Ballyhale Shamrocks, he amassed silverware that would be the envy of those with far longer sporting careers.

From a young age he was tipped for greatness, and fulfilled that promise when he burst on to the inter-county scene. He helped dismantle Cork in 2006, winning Young Hurler of the Year on the back of his efforts, and went on to captain the side to the three-in-a-row in 2008.

It was a big shock to everyone when he called it a day in 2011, still very much in his prime, and part of a Cats panel that was still the dominant county setup, winning All Irelands with regularity.