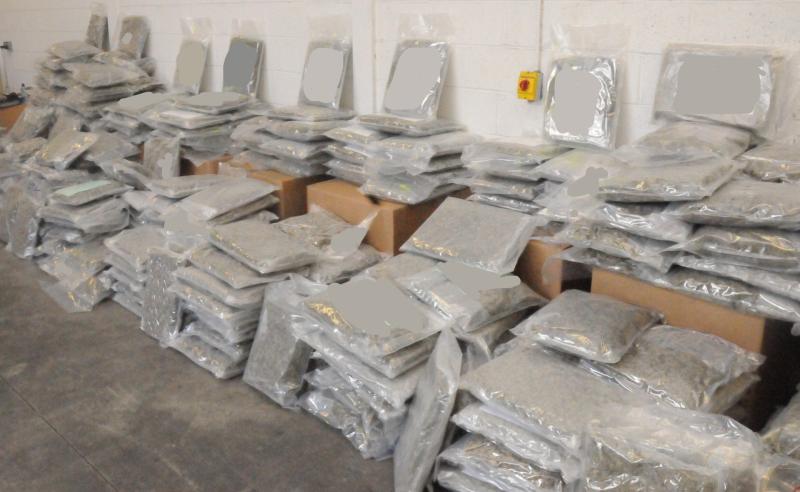 Earlier today, gardaí searched a business premises at Ballyhale, County Kilkenny and recovered cannabis with an estimated street value 'in excess of €6.9 million'.

The gardaí involved were attached to the Garda National Drugs & Organised Crime Bureau and were assisted by Revenue Commissioners Customs Service and officers from the Eastern Region.

Two males (aged 40s and 30s) were arrested on suspicion of drug trafficking and are currently detained under Section 2 of the Criminal Justice (Drug Trafficking) Act, 1996, at Kilkenny Garda Station.