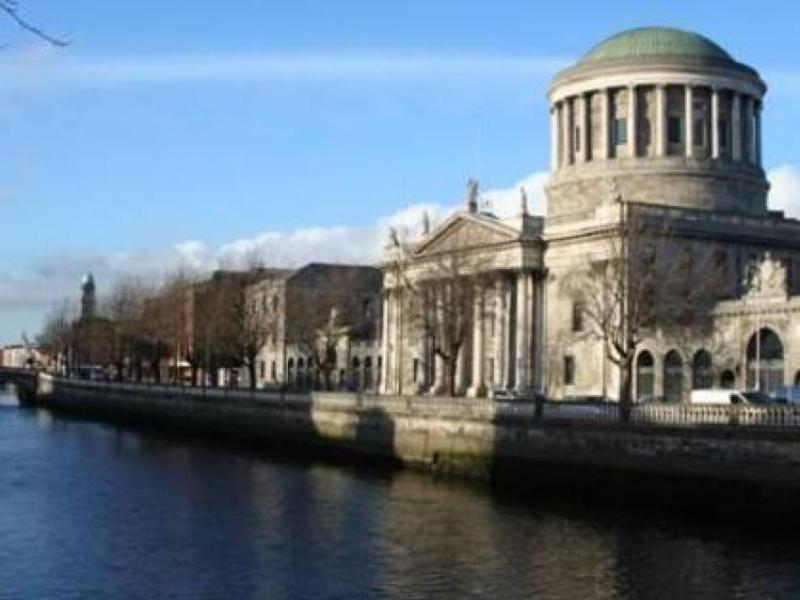 The Court of Appeal has dismissed John Waters and Gemma O'Doherty's appeal against a refusal to permit them to challenge the constitutionality of laws introduced in response to Covid-19 on the basis it was 'misconceived and entirely without merit'.

They had appealed the High Court’s refusal to permit the two to bring their challenge and its award of costs of that hearing against them.

In their judicial review proceedings against the State and the Minister for Health, with the Dail. Seanad and Ceann Comhairle as notice parties, the appellants had sought to have various legislative measures declared unconstitutional and flawed.

Giving the court's decision Mr Justice Birmingham said that court was "quite satisfied" that the approach taken by the High Court in relation to their case "was the correct one".

He added that while the case was "controversial and tendentious" no serious legal issue that would justify the granting of permission had been raised by the appellants.

The applicants he said claimed "to know better than the government and the Oireachtas." and in their submission they had dismissed internal and international advice concerning the pandemic available to the government.

They had "chosen rhetoric over substance and fiction and distortion over fact" and failed to meet the threshold of establishing an arguable case, the judge concluded.

Mr Justice Birmingham said that during the appeal Ms O'Doherty had referred to the World Health Organisation as 'a private corporation.' and had made "allegations of treason" against the respondents and notice parties.

While the underlying circumstances, that resulted in the state taking "very far-reaching measures", are "extraordinarily grave" the judge said Ms O'Doherty and Mr Waters have "singularly failed to raises issues of substance."

While some of the arguments advanced "might have a certain appeal if addressed to a flag-waving assembly out the Custom's House, they had no purchase when addressed to a court of law. "

The Judge  the applicants, who described themselves as experienced journalists in the fields of law, science and medicine, were aggrieved by the High Court's criticisms of them for giving unsubstantiaed opinions and speeches and drawing a comparison with Nazi Germany.

The appellants, who claimed their case was supported by scientific evidence, were critical of Mr Justice Meenan's attitude towards a government whose actions they described as being catastrophic and in breach of people's fundamental freedoms.

The judge said they had claimed that no scientific studies exist to support the wearing of masks to stop the spread of viruses and said they was much evidence to show wearing masks was bad for people's health.

Ms O'Doherty stated was a cure available for covid19 in the form of hydrochloroquine zine and Vitamin C, but what health services had been doing was placing patients in ICUs on ventilators bringing about their deaths.

The judge said that "to put it at its mildest there was a tendency by the appellants to present as unchallenged fact what is keenly in dispute."

"One is reminded of comments in another context of the existence of alternative facts" the judge said adding the High Court had approached to these issues complained of was "entirely correct."

The Judge added that the court did not intend to depart from normal rule was that the losing parties should pay the legal costs of the action, unless it is asked to by one of the parties.

If any party seeks such a departure must make written submissions to the court, the Judge added.

The appeal was opposed by the respondents and the notice parties.

They claimed the laws, and the manner in which they were enacted, are repugnant to several articles of the Constitution including concerning the rights to travel, bodily integrity and the family, and amounted to an “unprecedented suspension” of constitutional rights.

Last May Mr Justice Charles Meenan refused to grant them leave and said their claims were not arguable.

They had not provided any expert evidence or facts to support their view the laws were disproportionate or unconstitutional.

The manner in which the Houses of the Oireachtas dealt with the laws, introduced by a caretaker government and voted on by an incoming Dail and outgoing Seanad, was not something a court could interfere with, he said.

The laws are constitutionally permissible and the proceedings should have been brought via plenary hearing, involving hearing oral evidence, and not judicial review, he held.

In their submissions to the appeal court Ms O’Doherty, and Mr Waters argued the High Court's decision refusing them permission to bring their challenge against the laws was wrong and that they didn't get a fair hearing before the lower courts.

Mr Waters argued that the CoA should set aside a High Court judgement that was "deeply tainted."

Michael Collins SC, with Patrick McCann SC for the Minister and the State said the applicants' appeal should be dismissed.

Counsel said they have made many wild and general assertions, which he said were not supported by any reports or evidence.  Some of their submissions to the court were appalling and offensive, counsel said.

Francis Kieran Bl for the notice parties said the appeal should be dismissed as their claim was non judiciable, and nothing had been put before the court that would allow them "climb the high legal walls" required for thier arguments to succeed.

Counsel adding that some of the applicant's submissions was "Bermuda Triangle stuff."