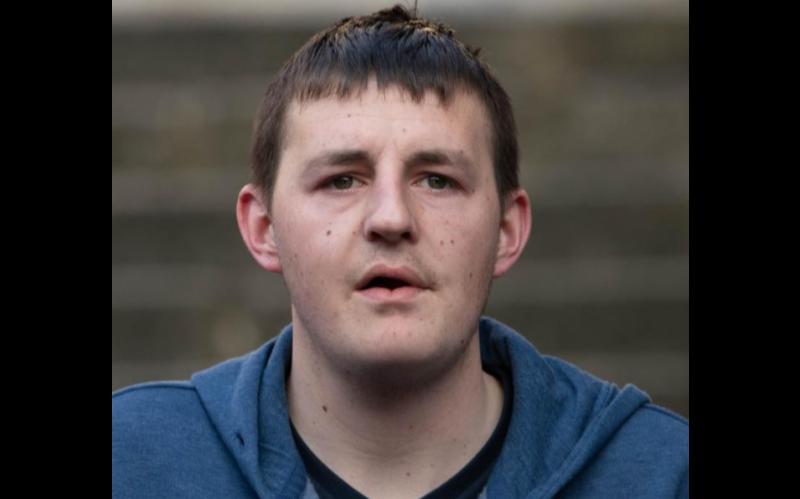 A Kilkenny man has been found guilty of the murder of 71-year-old Ann Butler in her home on Maudlin Street in 2020.

The jury has taken just one hour and 19 minutes to find Trevor Rowe, who beat, stabbed and mutilated the pensioner in her own home, in Kilkenny City, guilty of her murder.

The Central Criminal Court trial heard evidence that on March 25, 2020 three anonymous 999 calls were traced back to the defendant Trevor Rowe (30), including one where he said he murdered a woman five days previously and that the location of the body was on Maudlin Street in Kilkenny.

When gardai called to Rowe's home, he fell to his knees, cried uncontrollably and said: "I killed a woman. I murdered a woman. I slit her throat and stuck a knife in her head".

Chief State Pathologist Linda Mulligan testified that the body of the pensioner was discovered in a mutilated state after she had been beaten, stabbed and had her throat slit, while a large piece of cardboard was also found in the back of her mouth.

The court heard that 'a strip' of Ms Butler's ear was later found in the living room and Dr Mulligan agreed that part of the victim's ear had been cut off.

The jury agreed with the prosecution's case that the 'only rational conclusion' was that Rowe intended to cause death or serious injury to the pensioner when he 'shoved' a large piece of cardboard so far into her throat that the pathologist was unaware of its existence until the back of her mouth was dissected.

The 12 jurors also heard that Rowe accepted in garda interviews that he killed the woman but refused to say why, telling detectives it was to do with "no one; just me, God and that woman". When asked by gardai why he could not tell them what he did to Ms Butler, Rowe replied: "because it's disgusting."

The defendant also told officers that he was going to return to Ms Butler's house 'to cut her up and bury her legs one place and bury her arms somewhere else' but instead made anonymous phone calls to gardai so they could find her body.

When he was sitting in the back of a patrol car, Rowe told officers: "I thought it was going to be an easy touch, what have I done".

He also told detectives that he had committed 'five other murders', was working for the Kinahan Cartel and received €5,500 'for doing a murder'.

The 12 jurors took just one hour and 19 minutes to unanimously reject a defence of intoxication put forward by Rowe, who said that the amount of drink and drugs consumed by him that day had prevented him from forming an intent to kill or cause serious injury to Ms Butler.

Rowe told gardai in his interviews that he had taken '40 D5s' [Diazepam] and drank all day before the incident on Maudlin Street.

Following the verdict, Ms Justice Karen O'Connor thanked the jury for the time and effort that they had put into their service. "You were always punctual, turned up every day and listened carefully throughout," she said.

The judge offered her condolences to the Butler family and said she knew it had been a difficult time for them.

Ms Justice O'Connor will hand down the mandatory sentence of life imprisonment to Rowe on April 1 and remanded the accused in custody until that date.

On that date, the Butler family will have an opportunity to make a statement to the court about the impact Ann's death has had on their lives.

The trial had heard that a timber cross was recovered from the floor in one of the bedrooms in Ms Butler's house on Maudlin Street and a 'Jesus figure' was found in Rowe's apartment on Abbey Street. A forensic scientist gave evidence that her findings provided "extremely strong support" that the timber cross and 'Jesus figure' were originally from the same crucifix unit rather than not.

This, John O'Kelly SC, prosecuting, said in his closing speech, was a 'clear scientific connection' between Rowe and the deceased.

The jury also saw CCTV footage of Rowe walking in the direction of the woman's house on the night she was killed. Evidence was given that the defendant told gardai that he could not tell them what had happened, adding that: "It wouldn't do her family any good to know. I can't even close my f***ing eyes with the nightmare I see."

When gardai put it to Rowe that what happened to Ms Butler was not 'a nice thing' the accused replied: "It's not; it's disgusting, it's horrible, it's inhumane"