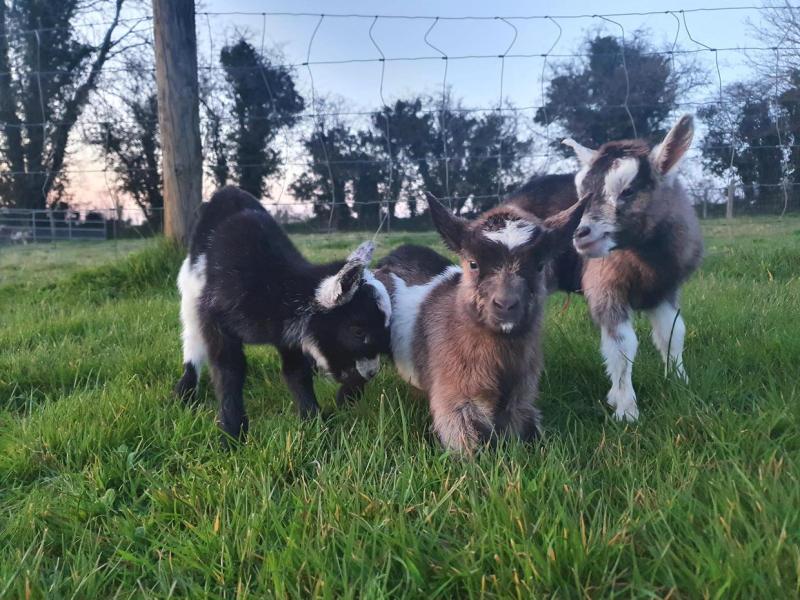 The owners of three newborn pygmy goats are appealing for information following the suspected theft of the animals from a property in Dunnamaggin, County Kilkenny.

The goats were only two days old when they disappeared last Friday.

The incident has left the the owners distraught and the mother goat pining.

“The calls of the poor mother are heartbreaking,” explained Francis Nesbitt, who purchased the parent goats for his young son.

Francis believes that sharing a picture of the newborn goats on social media following their birth may have led to their theft.

It’s possible that the highly sought-after animals may have been targeted for their potential resale value.

“It wasn’t a predator, not a drop of blood and they were in a well fenced paddock with alpacas,” Francis added.

“I feel so guilty for having posted the pics now.”

Gardaí have confirmed that they are actively investigating the theft of a number of animals from a premises in Dunnamaggin that occurred on Friday, March 25.

No arrests have been made but investigations are ongoing.

If you have any information that could be of help to this investigation, please contact An Garda Síochána.

Prison for 'courier' found with drugs on motorway in Kilkenny