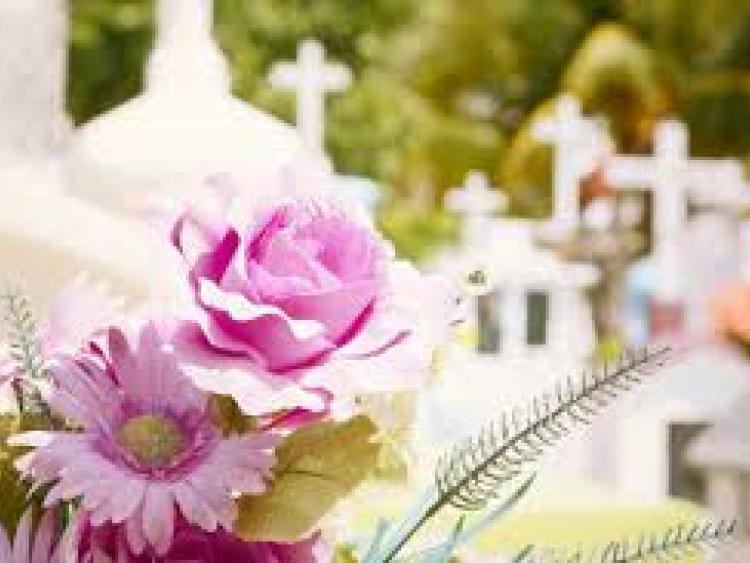 The death has occurred of Alice Brennan (née Egan), Pollough, Kilmanagh, Kilkenny / Ballycallan, Kilkenny. Peacefully at her residence on Sunday, April 11, after a long illness bravely borne. Predeceased by her parents, Kieran and Bridget and her brother Liam. Deeply regretted and sadly missed by her loving family, husband Jimmy, sons Gary and Joey, their partners Joanna and Ali, daughters Kelly Ann and Briana and their partners Mark and Ciaran, grandchildren Evelyn and Emilia, brother Pat, sisters Breda and Marion, brothers-in-law, sisters-in-law, nieces, nephews, relatives, neighbours and a large circle of friends.

Due to current Level 5, HSE and Government restrictions, Alice’s Funeral will take place privately (for 10 family members only). Requiem Mass will take place on Wednesday, April 14 at 11am in St Brigid’s Church, Ballycallan with burial afterwards in St Mary’s Cemetery, Ballykeeffe. For those wishing to view the Requiem Mass can do so through this link. The family would like to take this opportunity to thank everyone for their understanding and support at this difficult time. A memorial service will be held at a later date.

A private family Funeral Mass (max 10 people )will take place at 11am on Wednesday in St Patrick's Church, Ballymurphy followed by burial afterwards in the adjoining cemetery. Those who would liked to attend and cannot due to current restrictions, please leave a personal message on the condolence link below. No hand shaking and strict social distancing please. Family flowers only. Requiem Mass can be viewed on this link: https://youtu.be/LL2eeS7jqQ4

The death has occurred of William T Doyle, Malahide, Dublin / and formerly Piltown, Kilkenny), suddenly on April 6 under the wonderful care of the staff at the Mater Private Hospital, Dublin. Predeceased by his parents James and Margaret Doyle and his brother Fr Seamus Doyle (Hexham and Newcastle Diocese). He is very sadly missed by his loving wife Mary, sister Eilish, brothers-in-law, Eugene, Tom and Noel, sister-in-law Nuala, nephews, nieces, Godchild Mary, extended family, neighbours and friends both national and international.

In accordance with Government Guidelines a private funeral took place in St Joseph's Church, Carrickmacross, Clogher Diocese, on Friday, April 9, at 11am, followed by interment in St Joseph's Cemetery, Carrickmacross. Those who were unable to attend the funeral, due to current restrictions, were able to view the Requiem Mass live via the web camera link.