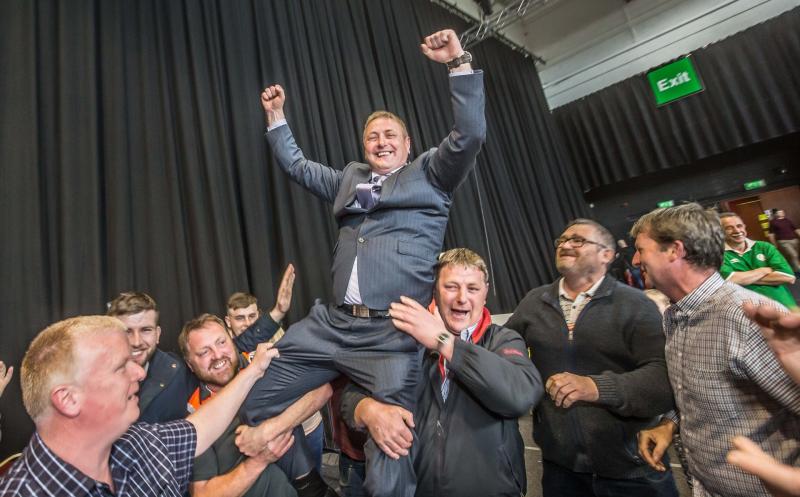 Three of the new faces that will join Kilkenny County Council this term are Denis Hynes, Joe Lyons and Michael Delaney - all first time candidates.

Castlecomer elected two and the third comes from Callan. They are also spread across the political spectrum.

All three men pulled in impressive first preference votes for first time candidates with two of them topping 1,000 votes and the third coming very close.

The only new female face on the council is Deirdre Cullen - click here to read more.

Joe Lyons
Joe, who was a first time candidate for Fine Gael in the Callan Thomastown electoral district, was elected the seventh, and final count, for that district.
The new Councillor Lyons polled 1042 first preference votes and with transfers finished on a total of 1388 votes.
Joe hails from a well known farming family at Bauntha, a member of a family of six, parents Mona and Jack Lyons, all strong Fine Gael supporters. With no Fine Gael representative from Callan town since the retirement of Tommy Maher, Broadmore, before the last election five years ago, the party’s Callan branch nominated Joe to run in this election.
He paid tribute to his family, who got into his election campaign “big time” and especially his campaign manager Adrian Lyons, following his success.
On election day itself polling was brisk in the town, in no small way due to a town centre candidate on the ballot paper. 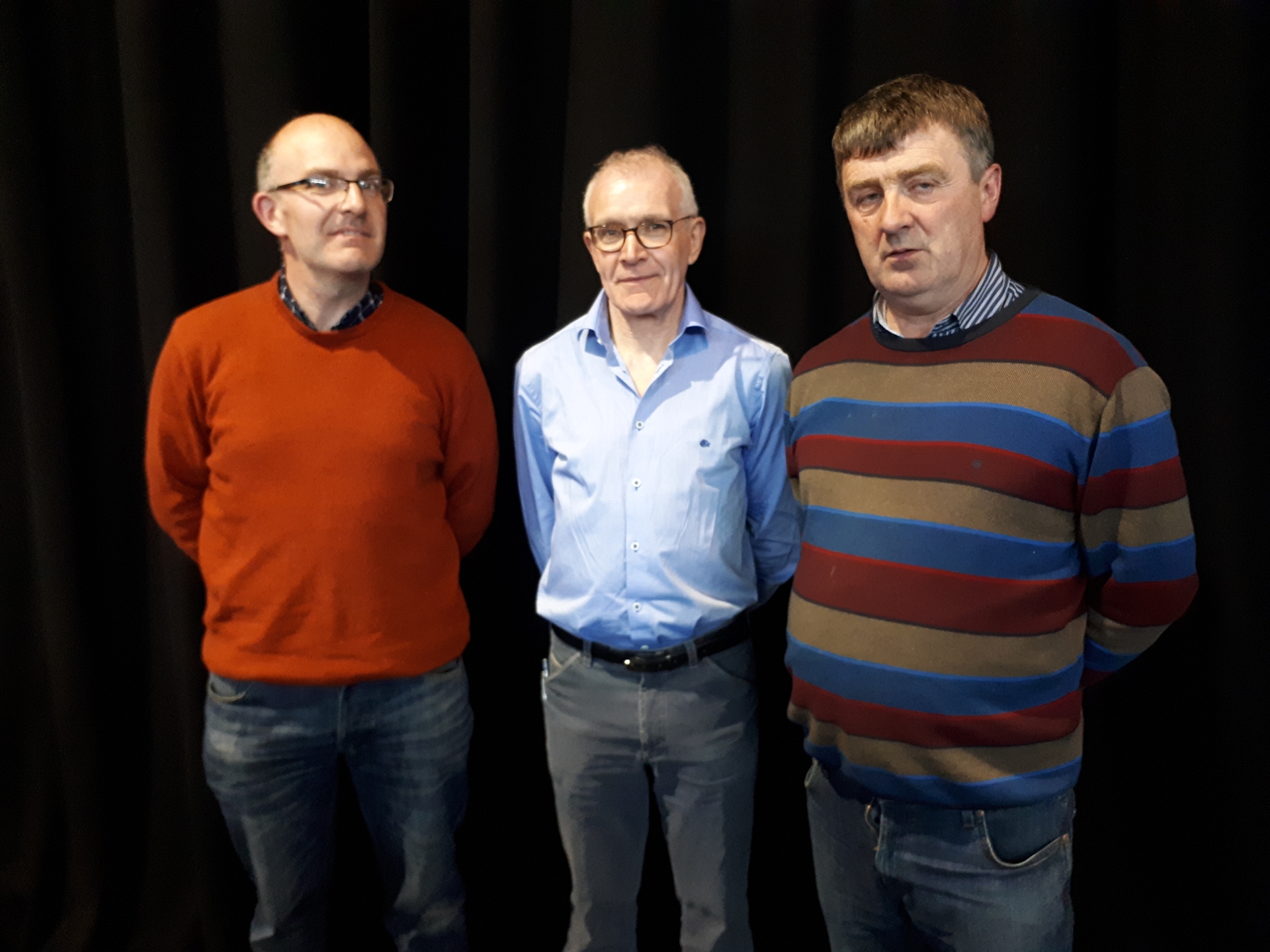 Michael Delaney
North Kilkenny’s Michael Delaney has claimed a seat on the county council for Fianna Fail.
The new Councillor Delaney is from Tullaroan where he works in the family shop with his mother and sister and is involved in farming and the GAA club.
Cllr Delaney retains the Fianna Fail seat in the area held by Pat Millea for many years. Always having had an interest in politics, Cllr Delaney took on the challenge of election when asked to replace the retiring Cllr Millea on the ballot.
Pat had a good name as a councillor in the area, and he was willing to back him, and that made the campaign a little bit easier for him, Cllr Delaney said.
He was elected on the fourth count in the Castlecomer area on 1520 votes, exceeding the quota. His first preference vote was 985. 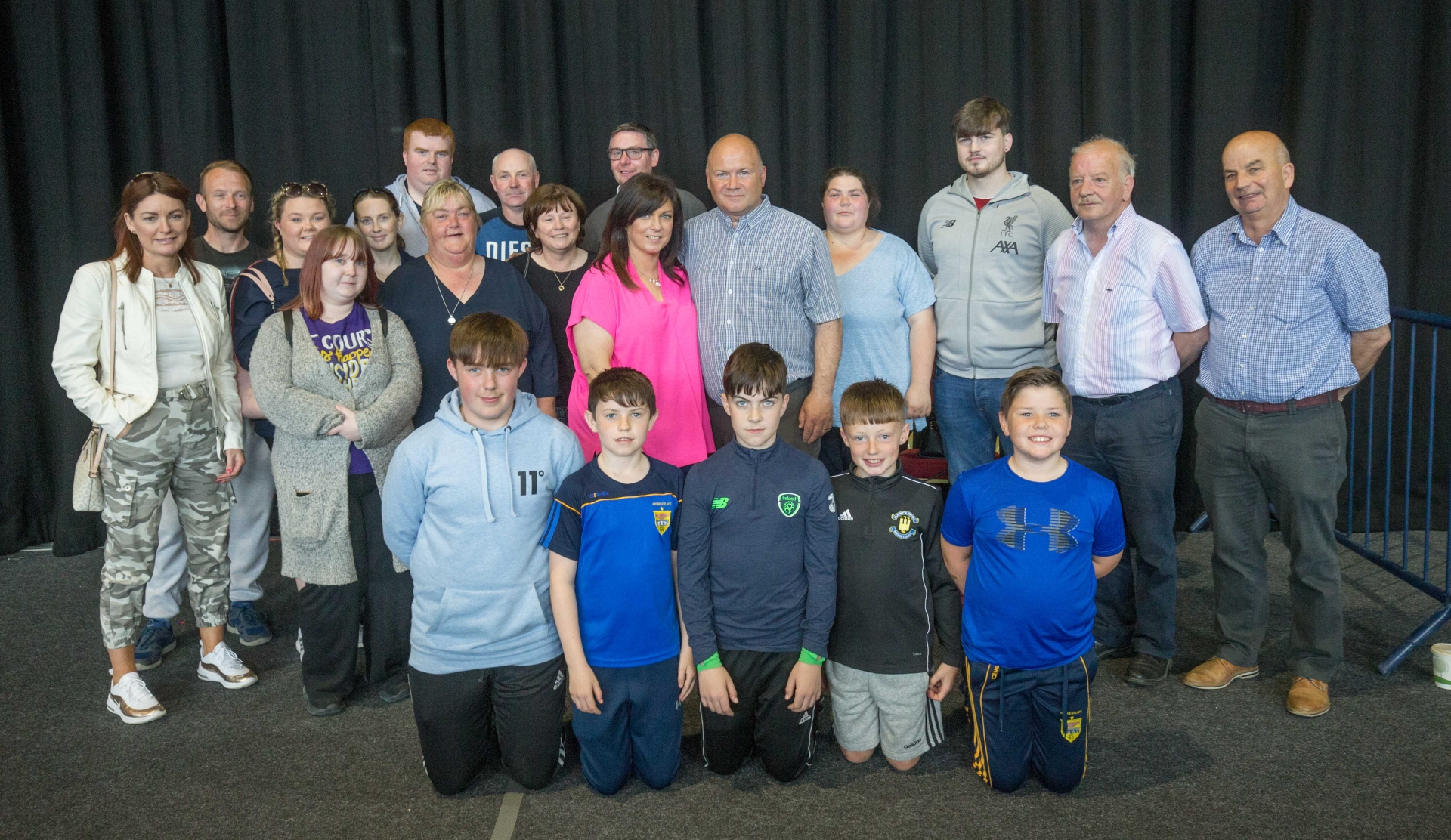 Denis Hynes with his family and supporters at the count cente

Denis Hynes
Gowran man Denis Hynes is the new Labour representative on Kilkenny County Council.
A first time candidate he ran in the Castlecomer area replacing the three-time poll topper Maurice Shortall. It was the former councillor who proudly mentored Cllr Hynes during his successful campaign.
Councillor Hynes achieved the highest first preference vote of all the first time candidates in this election, with 1,098. After transfers he was elected with 1,403, without a quota, because he had more votes than remaining candidates.
Cllr Hynes has been a full time SIPTU Official for more than 20 years representing public and private employees. He is also involved in sports coaching in his local area, a love of sport inherited from his late father Teddy, who won a county football final medal with Old Loughlin.