Kilkenny music trail: From intimate pub session to one of the largest church venues 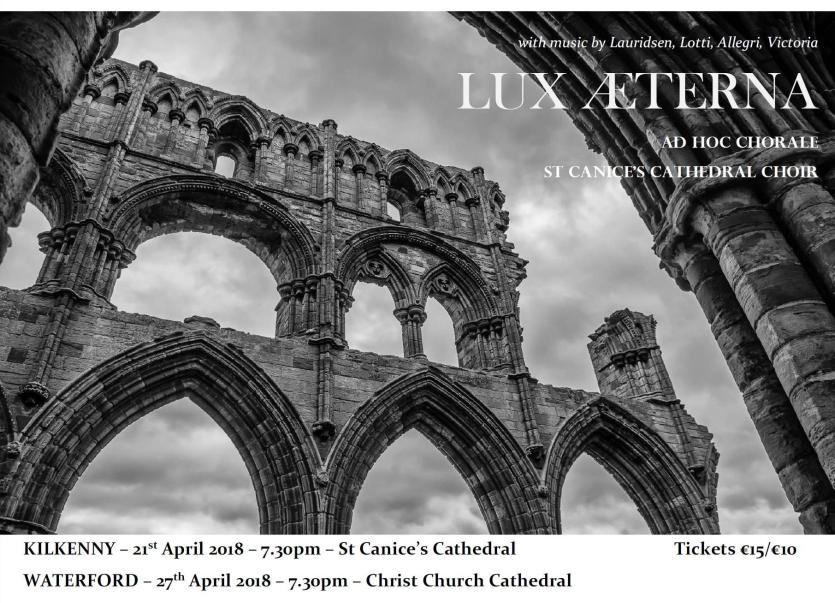 From the most intimate pub session to one of the largest church venues, there’s lots to enjoy at a variety of local venues this week.

Kick it off this Wednesday with the Irish Country Starts Concert at the Watergate Theatre from 8pm. Brendan Shine teams up with Mary Duff, John McNicholl, Trudi Lalor, Gerry Guthrie and The Ryan Turner Band for this special occasion for which the king of local radio, Johnny Barry, is the Master of Ceremonies.

At the same time award-winning singer and songwriter Ciaran Lavery plays Set Theatre at Langton’s. Attendees will likely get to enjoy live the sounds from his new album Sweet Decay and more.

Irish folk and ballad four-piece Drops of Green kick off a weekly residency at Left Band from 9pm. It’s a great spot to enjoy the music from a foursome of Lee Campion, Ross Hennessy, James Ring and Sean Kearney who between them hail from Kilkenny, Laois and Waterford.

Friday there’s a standing session at The Hub at Cillin Hill for one of Ireland’s best-known acts. Aslan will roar at the Dublin Road venue from 7.30pm in a gig that’s sure to be a spectacular as the band marks thirty years of debut album Feel No Shame from 1988.

On the same night Niall Thomas at Cleere’s Bar & Theatre. Just weeks ago the Dubliner released Night Sky Blue & will be marking that with a full band show at the Parliament Street venue. Special guest is The Hedge Schools’ principle songwriter- singer Patrick M Barrett for a 9pm start.

At the same time Electric Company stop by Ryan’s Bar as part of a Spring Tour to promote debut EP Tailspin which was released earlier this month.
While Moira’s Open Night goes ahead at the Home Rule Club.
St Canice’s Cathedral Choir are on home ground on Saturday when they’ll be joined by the Ad Hoc Chorale for a concert from 7:30pm. Music from six centuries will include Allegri miserere mei & other sacred sounds by Victoria, Elgar, Faure, Casals and Morten Lauridsen.

In Callan Robert John Ardiff plays Fennelly’s from 8pm. It’s a session which focuses on his debut solo album Between the Bed and Room and support has yet to be announced.
Further south there’s a Country Jamboree with Michael Collins & Barry Kirwan providing music for four hours of dancing at the Rhu Glenn in Slieverue from 8.30pm.

Back in the city Seamus Nugent’s live in the bar at the Home Rule Club. And Kilkenny, Abbeyleix, Dublin combo Government Cheese entertain at Ryan’s Bar from 10pm. The foursome of Fiachra Murphy, Brian Killeen, Paul Short and James Barron offer up a mix of rock, funk and pop.

Monday’s music includes the duo of Davey Cashin and Pete Fagan who continue their weekly session at Left Bank from 9pm.
Then chill out for a quick break before you hit the venues again next week.