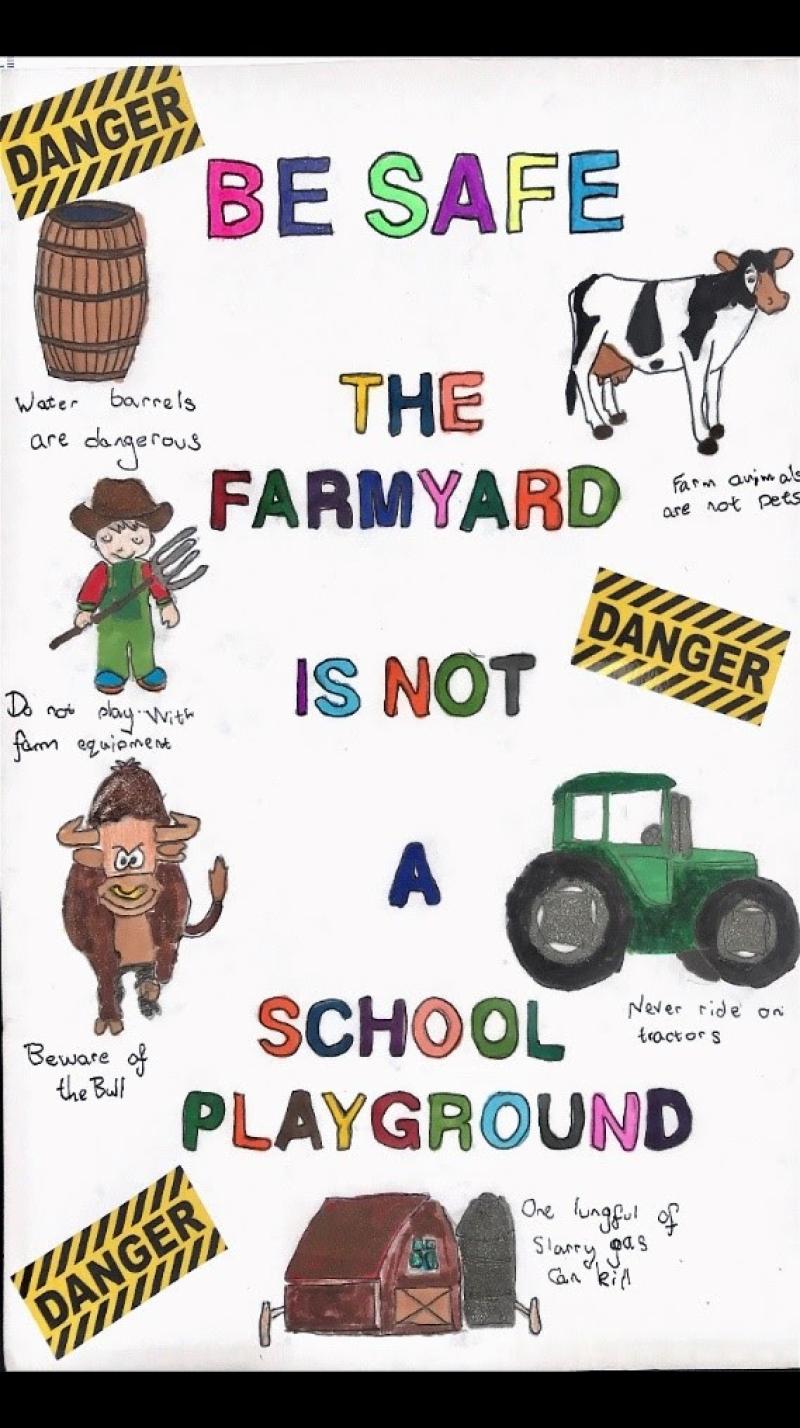 Teagasc have announced the winners of their ‘Farm Safely with Jessy’ competition, which took place as part of #FarmSafetyWeek.  The competition received hundreds of entries from children across the country and there were five winners chosen along with three runners up.

One of the talented winners is Kilkenny youngster Patrick Maher!

Patrick's safety message is - "The farmyard is not a school playground."

Patrick, who is just seven,  sent in the picture below and he wants to tell everyone that farmyards are not a playground.  Patrick drew a number of images specifically to keep children safe.  He says that water barrel are dangerous, farm animals are not pets, always beware of the bull, never ride on tractors, don't play with farm equipment and to know that only one lungful of slurry gas can kill.  Well done Patrick! 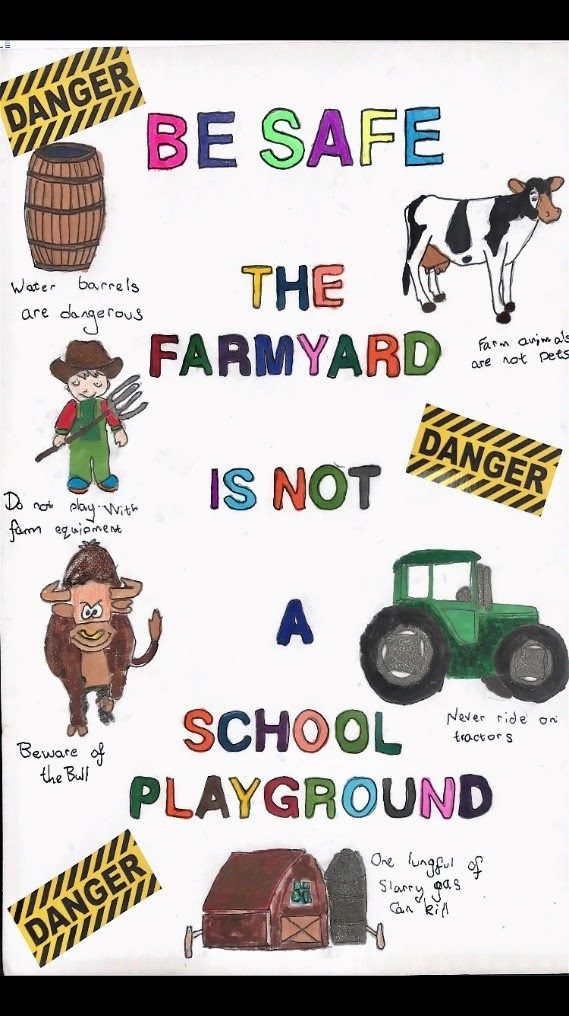 The competition was run in the lead up to Farm Safety Week and encouraged children from the ages of 7 – 12 years old to submit entries of a farm safety scene.  Entries were invited in the form of a creative drawings and photographs.  We were overwhelmed with the response to our competition and were amazed with the detail and effort of all the entries.

All five lucky winners will now receive a €50 Smyths Toys voucher.   A further three entrants were chosen as runners up, and they will each receive goody bags kindly supplied from Agrikids. Every entrant will receive a Farm Safety Champion certificate along with a goody bag.

The top five chosen were:

Ronan submitted a picture as his entry which shows the farmer thinking of all the farm safety steps they want to complete before starting their day on the farm such as: PTO cover, locking the doors, ensuring manholes are covered, checking fire extinguishers are in working order, locking gates, safety signs erected, muzzles are on the guard dogs, fencing off bales, wearing safety gear before operating a quad and keeping away from ESB wires.

Cillian submitted a picture of himself with his toy farm.  He has created a farm accident scene whereby a farm worker has been in a collision with a tractor.  The quad driver was not wearing suitable safety gear and emergency services are on the scene.

Colm created a picture to point out how dangerous the harvesting season can be on farms. The main things Colm has pointed out is to keep children out of the farmyard, don't climb on bales, keep away from moving machinery and to put up danger signs around slurry pits. We also spot Jessy the sheepdog in Colm's picture. Well done Colm.

The three runners up

Fiachra sent a picture of himself sitting safely on the tractor.  He says when he goes on the tractor he always wears his seat belt and sits in the passenger seat beside Pat. Fiachra is also wearing his high vis vest.

Mark created a picture of a very busy farmyard.  Mark’s safety tips are to have a guard around the slurry pit, watch machinery from a safe distance and keep a safe distance from livestock.  Well done Mark.

Ella sent in a picture of Jessy telling everyone to stay alert and don't get hurt.  Ella has included lots of warning signs in her picture including to beware of freshly calved cow with her calf, beware of the bull, beware of tractors, sprays, slurry & gases and not to climb on bales.