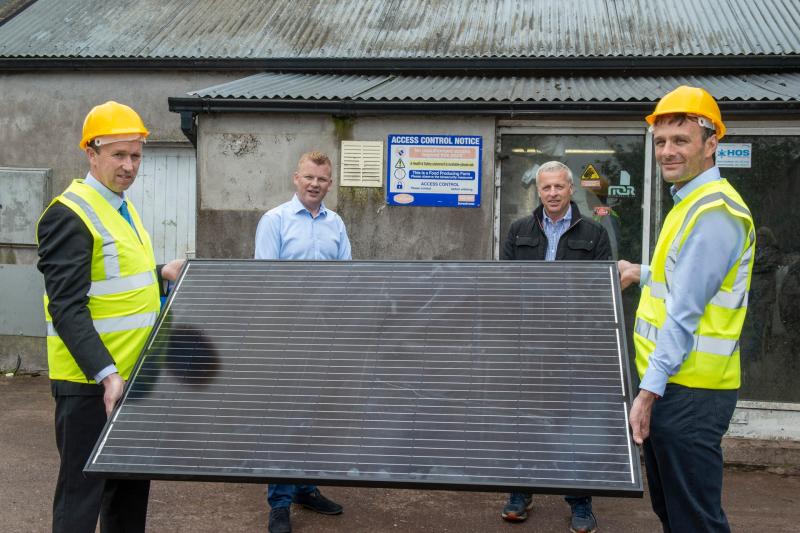 IFA and Bord Gáis Energy have launched a comprehensive solar pilot for farmers.  The project, which has been in development for over a year, reached a key milestone this week with the successful installation and commissioning of two farms.

At the launch, James Kelly, IFA’s Director of Organisation said, “This important partnership with Bord Gáis Energy will see solar energy installations on up to a further 15 farms, across a number of sectors and geographies. The purpose of this pilot is to establish what works commercially and the challenges that create barriers to implementation. The farming community want to play an active part in the green agenda, and this is a very real demonstration of this commitment which also reduces cost inputs for farmers as well as helping Government deliver on the 2030 carbon reduction targets.”

Martin Stapleton, Chairman of IFA Member Services said, “IFA and Bord Gáis Energy have invested a significant amount of time in this project. For rooftop solar on farms to be adopted in large numbers, there is a need for up to a 60% capital grant to achieve a reasonable payback. To ensure that there is successful adoption of solar, it must be clear that it does not take from any existing capital grants open to farmers.”

Colin Bebbington, Director Energy, Marketing and Data at Bord Gáis Energy said “Bord Gáis Energy is committed to contributing to a net zero economy and helping our customers transition affordably to a lower carbon future. We have a longstanding relationship with the IFA and we’re proud to be working together on this initiative which will drive solar energy generation on farms, helping farmers to lower their carbon footprint which leads to long term sustainable farming.”

For further information on this comprehensive pilot, visit ifa.ie/solar

Kilkenny’s war memorials: A call to remember - and help if you can