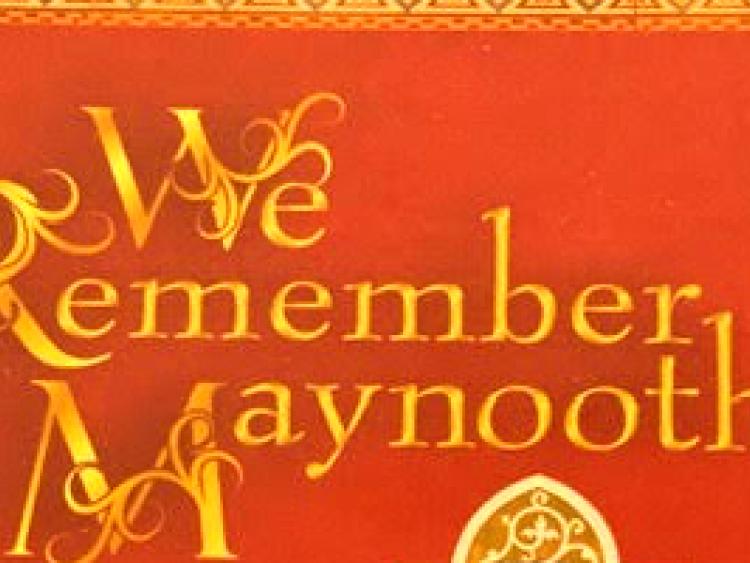 A new book celebrating the heritage, personalities and life of the historic college campus in Maynooth highlights the role that Kilkenny natives have played in its development.

'We Remember Maynooth' was planned as one of a number of projects to celebrate the 225th anniversary of the college's founding in 1795 but when Covid struck, many of the events planned had to be canceled, and the book became the focus of attention.

For most of its long life, Maynooth College educated priests for service in Irish dioceses, and for the last one hundred years or so it offered them a recognised university degree in arts or science, as well as conferring degrees in theology and Canon Law as a Pontifical University.

Along the way there have been many fascinating personalities and intriguing incidents, and Kilkenny can boast of connections to many of them!

Numerous priests who have served locally were ordained there, including present Bishop of Ossory, Dermot Farrell, a former President of the college.

Of special interest is an article on the First World War-era cartoons of then Ossory student Martin Drea, who later served as parish priest of Thomastown for almost a quarter of a century until his death in 1965.

Sadly there is no account of the college's brave if short-lived outreach campus experiment in Kilkenny from 1997 to 2018, although some of those involved (including Tom Collins and South Lodge native Vincent Comerford) are among the one hundred contributors.

Edited by the Thurles-based historian Salvador Ryan and Ferns parish priest John Paul Sheridan, both also on the college staff, the 512-page volume costs €50 and is now available in bookshops pending Covid restrictions.