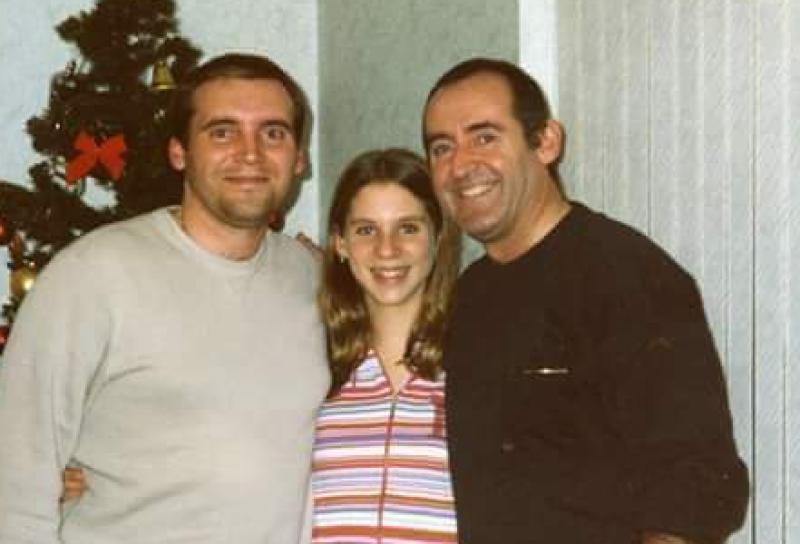 “We know that the last year hasn’t been a great year for anyone,” Aisling Hickman Fitzpatrick tells The Kilkenny People, “but for our family it has been a nightmare.”

Over 9,000km of land and sea currently separate Aisling from Hua Hin Hospital, a medical fortress situated in the busy suburbs of bustling Bangkok.

It is in Hua Hin where Aisling’s father, Declan Fitzpatrick, is currently undergoing surgical treatment following a series of frightening health incidents.

Declan Fitzpatrick, or ‘Deccy’ as he is more affectionately known, has contributed much to Kilkenny cultural life over the years.

Most people would know Deccy as the face of ‘Fitzpatrick Jewellers’, a city business that held its own here for many years.

“Dad would’ve played a small part in so many people’s lives over the years, providing wedding rings, confirmation bands, you name it,” Aisling says.

Before the jewellery shop days Deccy would’ve been fondly recalled for his ballroom dancing as a teenager and for his weightlifting pursuits thereafter.

“He used to deadlift the back of the Ford Cortina sometimes as part of his training,” Aisling quips. “No joke.”

Deccy hit it off with pretty much everyone he met thanks to his sociable nature and affable personality.

“He’s somebody who would do anything for anyone,” Aisling says.

“He always goes above and beyond to help others and always puts others before himself.”

After pouring his heart and soul into his city centre business over the years, Deccy decided that a lifestyle change was needed to improve his quality of life.

He found that lifestyle change in Thailand, moving over there to carve out a niche for himself in the Bangkok bar trade.

It was all going well, success followed success, as he had hoped it would do, until, seemingly out of nowhere, things started to take a turn.

“In March of last year Dad was rushed to Hua Hin Hospital after having a stroke. He stayed in the ICU unit for days not knowing if he had permanent brain damage, if he would walk again, talk again or even recover from that nightmare of a stroke,” Aisling says.

It was later discovered that Deccy had actually suffered an undetected minor stroke a few months previous this stroke, adding to the severity of his symptoms.

Getting this vital information from the hospital was incredibly difficult at first as Aisling explains:

“No technology was permitted in the ward including communication devices such as mobile phones so in order to hear the latest on Dad’s condition we had to call the hospital ourselves and the language barrier made it difficult and stressful.

“Fortunately Dad is a fighter and a man that will never give up. He was isolated for days on his own after having a major stroke with no normal comforts due to Covid-19 guidelines in the hospital, still out of it from the medication but he managed to wrangle the mental and physical strength to push through, get better, get out of ICU and get himself on the mend again.”

While Deccy appeared to be on the path to recovery in Thailand after this incident; Aisling made headlines back home.

Two months into her father’s recovery, while out on a walk with her friends close to the mill in Thomastown, Aisling noticed three young girls struggling in the river.

Only for her keen eye and her swift intervention alongside her friends, unfathomable tragedy could’ve struck that day.

“We just did all that we could to help. As anyone should,” says Aisling, eschewing the heroism of the rescue effort when brought up.

After a few mixed months of recovery, Deccy was readmitted to Hua Hin Hospital in early December when his condition rapidly deteriorated once again.

“Dad was unable to breathe, exhausted, weak, half the man we are all used to knowing.

“For five days we were in the dark about what the issue was. We were hoping that it wasn’t Covid-19 because Dad would’ve been very high-risk but we knew something more serious was happening with his heart.

“We still didn’t know what was going on though and we were later told that his heart was operating atonly half its capacity.”

The Fitzpatrick family reached out to the Irish Embassy in Thailand during Deccy’s second hospital stay and luckily the Embassy was able to provide some much-needed assistance. This included sending an interpreter who could call Deccy’s doctor and relay the latest medical information on his condition back to the family.

“Dad needed a stent put into his heart. It’s as plain and as simple as that,” Aisling says.

“We had no choice in the matter. Without it he would die.”

“You all probably know somebody who has had heart conditions and if you don’t just ask someone and they’ll know somebody that has,” Aisling explains.

“Well for our family; coming up with €11,000 surgery is tough but factor in money for aftercare, for the flight home, all that we’ve paid to get to this point... it’s a huge mountain to climb.”

Having such a small family in the face of an unprecedented global pandemic has its disadvantages when it comes to raising funds and it is for this reason that Aisling has decided to reach out via online fundraising platform ‘GoFundMe’.

“We really want to bring Dad home as soon as possible. We are relying on your kindness to help us finish this story. Help us treat Dad bring him home.”

To make a donation visit the GoFundMe Page: https://ie.gofundme.com/f/286j4kurhc or search for ‘Declan’s Life Saving Heart Operation’ on the GoFundMe website.