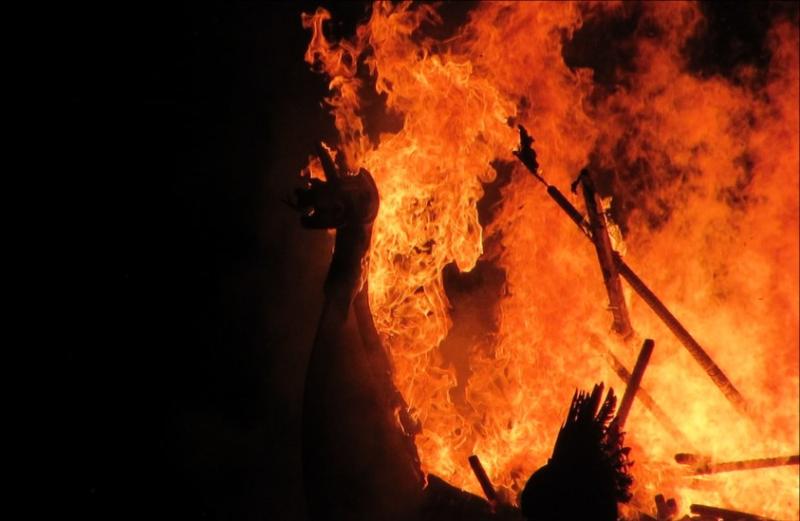 Dunmore Cave is perhaps best known to the people of Kilkenny as a famous visitor attraction but this dark hollow houses an unsettling secret.

There was once a massacre that took place in the cavernous depths of Dunmore, and this is what we know...

It is said to have occurred in 928AD, as recorded in the 'Annals of the Four Masters', and was led by Godfrey, a Viking chieftain from Dublin.

Enjoy these selected tales from Duchas.ie

Godfrey and his legion were on their way to Waterford to fight rival Vikings and were savagely plundering the surrounding regions as they travelled.

Terrified of what they saw coming and with no way to repel the oncoming onslaught, locals in Kilkenny fled in horror, hiding where they could.

A large number of them (mainly women and children) were spotted by the Vikings descending into Dunmore Cave trying to escape.

Godfrey caught wind of this and ordered his men to smoke them out, lighting large fires around the cave.

This had tragic, possibly unforeseen, but definitely brutal consequences.

One can only imagine the fear of those inside the cave as they slowly suffocated to death in the darkness, scrambling deeper and deeper in a bid to find oxygen.

Mothers and children. Entire families. Entire communities. Wiped out in one brutish stroke.

In a visit to the cave in 1869, physician Arthur Wynne made the following note:

“In the inmost recesses of Dearc-Fearna (Dunmore) unmistakable evidence that a massacre was perpetrated there, exists in the osseous remains of men, women and children that may be procured in quantities by disturbing the surface of the floor.”

The remains, continually recovered over passing centuries, serve as a reminder of the darkness in men’s hearts.

The screams of native people from over a millennium ago can almost be heard echoing through the darkness of the caverns to this day.

Visitors to the cave are in for an other-worldly experience, a chance to descend into the underworld, an underworld haunted by a tragic history.