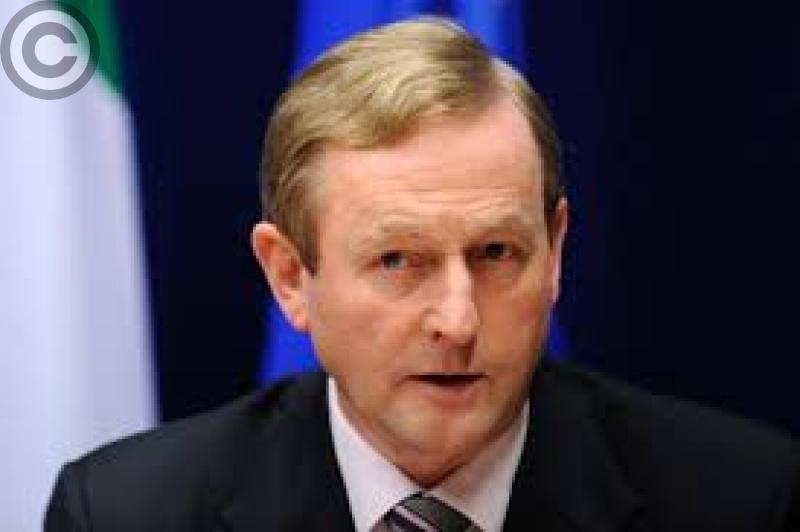 Taoiseach Enda Kenny told Kilkenny officials “not to worry” about the boundary issue with Waterford, it has been alleged.
The words were uttered in a casual conversation, but they were taken very seriously.
“When John Paul Phelan (TD) asked the Taoiseach about the issue he was told not to worry about it,” Cllr Pat Dunphy told the monthly meeting of the County Board when the boundary issue was discussed briefly at Monday’s meeting.
The Taoiseach also made the same sort of remark separately to Cllr Fidelis Doherty, the meeting was told.
Cllr Dunphy explained this happened before Christmas, and with that in mind the Kilkenny anti-boundary change group were very disappointed with the recent recommendation on the matter from the Boundary Review Committee.
The recommendation is that 5,500 acres in South Kilkenny be annexed by Waterford County Council.
The recommendation is now on the desk of Simon Coveney, Minister for Housing, Planning and Local Government.
Assurances
Any boundary change wouldn’t affect Kilkenny GAA clubs or affiliations because assurances are already in place that old boundary lines will continue to be recognised.
’Board chairman Ned Quinn said the GAA wasn’t against the changing of the boundary only because of sport or hurling.
It was an identity issue, plus there were commercial considerations involved for many outside of the organisation.
“We have to show the Government this is not a runner,” ’Board chairman, Ned Quinn insisted.
“They could expand Waterford into Ferrybank without changing a county boundary,” Cllr Dunphy continued.
“Hopefully this recommendation will be knocked,” he added. “This will be contested vigorously.”
He pointed out he had heard Fianna Fail leader, Micheal Martin, had said his party will oppose the Waterford boundary extension, but the Kilkenny anti group had received no notification of that yet.
“The Kilkenny politicians are 100% united on this matter,” Cllr Dunphy continued.
“If Waterford get away with this they will be back for more.”
He said if the boundary change were to go ahead there would be serious compensation involved.
However, as the Waterford Council was burdened by serious debt, he felt there would be no hope of Kilkenny receiving that compensation.
He told the meeting that a mere 35 submissions from Waterford based people for a boundary change were received by the Boundary Committee, while another 55 submissions were in favour of retaining the status quo.
“Limerick have gone well into Clare, and there was no need for a boundary change,” Cllr Dunphy pointed out. “This is a simple attempt to get extra revenue from the area.”
“We won’t have to build a wall or anything, will we”, quipped John Lanigan (Thomastown).
Congress
Meanwhile, Kilkenny will back the giving of official recognition to the newly formed Club Players Association (CPA) when the matter comes before Congress.
The five Kilkenny delegates were instructed to back the motion looking for official recognition.
During a discussion it was pointed out there wasn’t much room to play around with club fixtures in Kilkenny, especially when inter-county teams were going well.
The county will adopt a ‘wait and see’ stance on the debate on the motion to bring forward the date of the All-Ireland football final.
The motion will call for a trial period for the idea in the seasons 2018, 2019 and 2010.
The fears that this could have a knock-on effect on hurling were mentioned.
However, rather than tie the hands of the delegates the ’Board agreed to allow them make the decision on the floor of Congress.