Road to Croker ends in glory for super 'Shock brigade 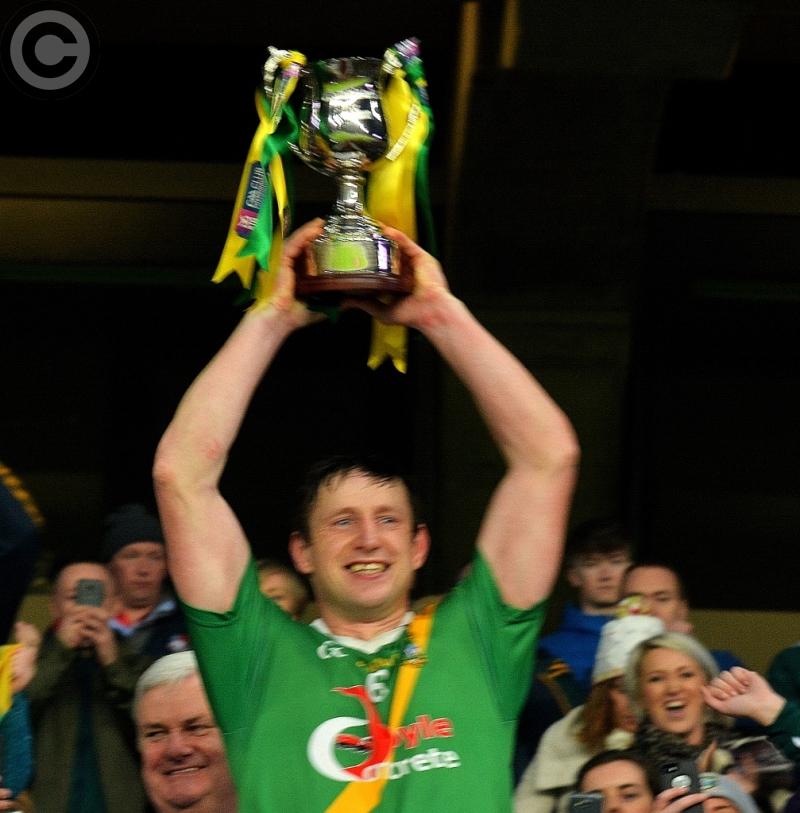 They may be dripping with All-Ireland gold, but former Kilkenny greats described conquering Croke Park with their club as about as good as sport can get.
“This tops everything. It tops absolutely everything,” gushed former All-Star, Richie Power.
And former All-Star and club colleague Michael Rice added: “I didn’t know where I wanted to be at the finish; in the dressing-room with the lads or out on the pitch savouring every moment. The feeling was so, so good.”
The pair, winners of 16 senior All-Irelands between them, were major performers in Carrickshock’s emphatic 15 point victory over Ahascragh Fohenagh (Galway) in the All-Ireland club intermediate hurling final.
Power described the winning of an All-Ireland with his club as “a dream”.
“It was a dream for the lads to play in Croke Park, and to win was just super,” he said with enthusiasm.
“I have been fortunate and lucky enough to play in Croke Park with Kilkenny, and now I did it with my neighbours and friends. This is a dream.
“What more could you ask for from sport? We are going to enjoy this. To win with these guys is just wonderful after all the heartbreak we have had over the years.”
Power is the ‘Super Man’ in the group. The wear and tear suffered by his left knee after years of playing at the highest level is so bad surgeons have given up on trying to repair it.
He works out for nearly 40 minutes on an exercise bike before every training session and match to help free up the knee so he can run freely.
He was a bit part player in the Kilkenny and Leinster championships, but through the force of his will he earned a starting place for both matches in the All-Ireland series.
So, where to now?
“I don’t know,” Richie admitted. “This was a massive day for club and family, and I wanted to be involved. I did a lot of rehab, a lot of work on my own to get ready. Thank God it paid off.”
He said the knee was very sore, and would be for days.
“You just have to play through the pain,” he said matter-of-factly. “It is worth it. I don’t care how sore it is. I wanted to do this. I did. We won. All the effort was worthwhile.”
Pain was now part of his life.
“That is the way it is,” he added. “Every time I go out I expect to be in pain for days after the exertions.”
But could he continue like that?
“I don’t know,” the 31-year-old replied. “There are one or two things I want to look into with it going forward. I certainly want to stay hurling.
“That all depends on what I can get done with the knee to try and improve it. I don’t think I can stay going the way I am. We will see as the year progresses.”
In the warm glow of victory he recalled the harshness of defeats; the heartbreak of two senior county finals lossess; the awfulness of relegation in 2015.
“We have been through the mill,” he reminded. “The lads showed great character to come back and win. The likes of Michael Rice was awesome, John Dalton and John Tennyson too.
“This is a perfect lift before returning to the senior grade,” Richie insisted.
Michael Rice lingered on the lush Croke Park pitch for ages, sharing the moment with family and friends.
“There is a fair chance this time I won’t be back here playing again,” he smiled.
“I don’t think there will be any missed calls from anyone who could change that,” he laughed.
He said the closing stages of the match were great because Carrickshock knew they had the title in the bag.
“You wanted to be running around involved in everything,” he informed.
Free expression
“Everyone was able to express themselves freely. It was nice to see lads expressing themselves without any worries.”
He reminded Carrickshock had won an intermediate final, but that didn’t matter. It was a different world from the gloom of relegation.
“Sometimes bad things turn into good things,” he smiled. “We have around 37 lads training every night. It you were struggling it might be hard to get some of those lads.
“Hopefully this will give a bit of impetus to the club going forward. There will be nothing easy about going back to the senior championship. O’Loughlin’s are at a serious level. Shamrocks are at a serious level. I could go through all the clubs.
“We will have to step up again,” he felt.
The will to do that was within the club, he insisted. He looked around the ’room before the game at lads like John Murphy, Shane Power, Michael Rohan and Pat Tennyson who would be mainstays of the team for the last 10 years and they weren’t starting.
“That’s tough on them,” he offered. “But it was brilliant for the spirit in the camp to see what they were bringing to it. You can always judge how good, or how together a group is if you look at how the lads not starting are reacting.
“They reacted brilliantly. They helped drive us on,” he assured.