Kilkenny hurling: Clubs to decide if they want under-19 competition 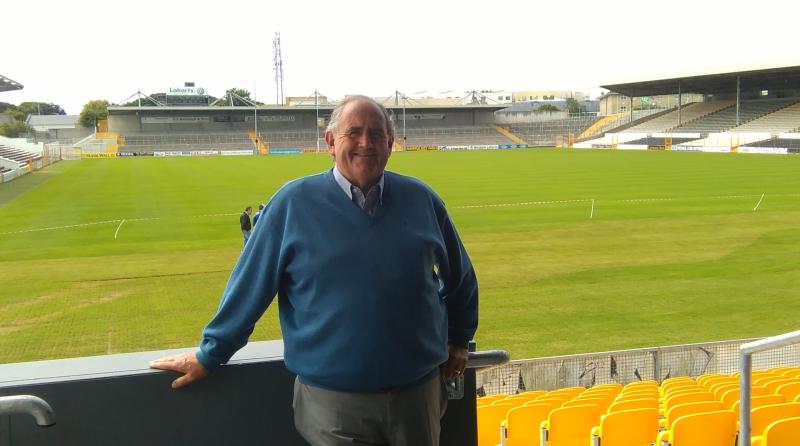 An under-19 hurling league/championship could be on the way in Kilkenny.
This is in a bid to address what has been described as “an alarming” fall off in playing numbers between the ages of 18 and 21.
The Management Committee of the County Board put a discussion document on the matter before Monday’s monthly meeting, and club delegates were asked to have the issue aired at grassroots level.
And all going well, a decision on the matter could be made at the November monthly meeting.
“What we are striving to do is halt the huge fall off in playing numbers,” explained County Board chairman, Ned Quinn.
“They are leaving in their droves. It is alarming.”
The ’Board did a short survey on figures in recent year and estimated the fall away in playing numbers between the ages of 18 and 21 was 39%.
In a review of adult competitions the under-19 league/championship idea was put on the table in a bid to fill the void between under-17 and adult grades.
Run like senior
The suggested under-19 competition would be run along the same lines as the senior and intermediate league/championships, but with eight rather than 12 teams involved in groups.
Players aged 16, 17, 18 and 19 would be eligible for the competition.
County Board vice-chairman, Conor Denieffe, said the under-19 competition was needed because many players now appear to use the minor grade as a sort of farewell year.
Liam Dowling (St Martin’s) made the point that when young lads go to college they discover other activities and because of the fierce competition they cannot make college teams.
Keep them playing
“We have to keep them hurling at club level,” he insisted.
Mr Quinn said that if clubs gave the green light to the new idea, the competition wouldn’t be pushed into the fixtures programme on top of everything else.
Things would have to be “tweaked”, he suggested, to make space.
The discussion document also suggested the establishment of a County Junior Board to allow for the organisation of all junior competitions on an all county basis.
This would replace the current North and South Divisional Boards.
A training ground
County Board treasurer, Barry Hickey, said the Junior Board could serve a broader purpose, and it could help shape future officers of the County Board.
“It would help in a big way,” he insisted.
’Board secretary, Jimmy Walsh, said everyone was “getting frightened” by the fall off in numbers in this area.
“In some ways we are living on the success enjoyed by Kilkenny teams,” he suggested. “It is frightening how scarce players are in some club.”
Former Kilkenny senior team manager and Management Committee member, Pat Henderson (Fenians) said an under-19 competition would be a huge help in developing players from the minor to adult grade.
He added that he hoped there would be an under-19 inter-county competition to follow.
Final decision
After a lengthy discussion, Mr Quinn asked for a show of hands to see how the under-19 idea might be received.
There was near unanimous support for it from the floor.
He urged delegates to go back to their clubs and have the suggestion discussed at length and a final decision could then be made on the matter at the November meeting.