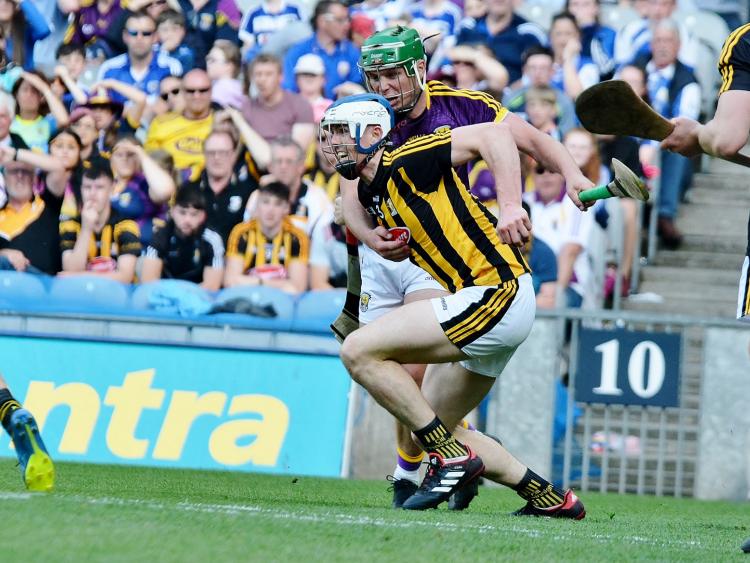 Huw Lawlor was a huge find for Kilkenny

After the events of the past 10 days, let’s not start on a downer. Looking for a reason to be cheerful amid the wreckage of Kilkenny’s heaviest All-Ireland hurling final defeat in half a century?

Here are three. Huw Lawlor, Adrian Mullen and Billy Ryan.
It’s a long time since the county produced a gold-standard championship newcomer, a youngster who took to the adult arena as though to the manner born.
This summer Brian Cody gave a debut to not one but two such tyros in Lawlor and Mullen.
Full-back is not an easy position for a young player. Sure enough, Lawlor had his hands full with Patrick Horgan, Aaron Gillane and Seamus Callanan.
Then again, who wouldn’t have had?
Lawlor handled them all with poise. He never dived in, he never wilted under the pressure. He didn’t make any obvious errors and the manner in which Horgan caught him for the goal in the second half of the All-Ireland quarter-final said much more about the Glen Rovers man’s brilliance than it did about his marker.
All told, the O’Loughlin’s man performed with what the old newspapers like to describe as “a maturity beyond his years”.
Lofty reputation
Mullen entered the championship with a lofty reputation. If he didn’t live up to that billing every day, no matter; 20-year-olds don’t.
That’s because they’re 20-year-olds. But when Mullen was good he was very good indeed, as he was in Wexford Park – where Kilkenny’s interest in the championship would have ended but for his 1-3 – and against Limerick.
As for Billy Ryan, his cameos against Cork and Tipperary underlined his ability, incisiveness and pace.
It wouldn’t be the worst thing in the world were Cody to tell Ryan before the start of next year’s National League that he’ll start every game and, as a result, doesn’t have to be looking over his shoulder the whole time.
Remember, there was once another forward from Graigue Ballycallan who took years to establish himself as an inter-county fixture. His name was Eddie Brennan.
So that’s it for the decade, one in which Kilkenny were All-Ireland champions four times at senior level (a fine return), twice at minor (acceptable) and not at all at under-20/21 (deeply concerning).
Questions have to be asked, and a serious discussion had, about the state of hurling at all levels in the county.
It’s a topic we’ll get back to in due course.
Job to be done
In the meantime there’s a job to be done by the County Board executive over the coming months.
Nobody is a better candidate for the job of senior manager than the incumbent.
Nobody but the incumbent could have got such a limited team so far this year.
Assuming Cody wants yet another spin on the carousel, however, this time the Kilkenny County Board executive cannot simply nod it through.
Look at the scene out there.
Tipperary had 27 people in their backroom. Kilkenny had 14.
Now bigger is not necessarily better, as the agony aunts never tire of informing us, but does Cody feel he needs more support staff?
Does he need a specialised defensive coach and/or a specialised forwards coach?
If so, it is up to the County Board to facilitate him.
These are all matters that Jimmy Walsh, Conor Denieffe and their fellow officers must think long and hard about over the coming weeks.
There is a nettle to be grasped and the task must not be shirked.
In a sense, Kilkenny’s 2020 campaign starts now.
One final point. Last week was a PR disaster for the county.
During their era of dominance under Brian Cody, Kilkenny were modest and gracious winners.
Time and again they won All-Irelands without making a song and dance about it or saying the wrong thing.
The aftermath of this year’s decider, in contrast, produced one long and loud whine from Noreside.
It got very wearing very quickly. What’s more, do you really imagine the chorus of complaint will endear Kilkenny to the men in black next season?
Sometimes you just gotta suck it up. Nobody likes a whinging loser.