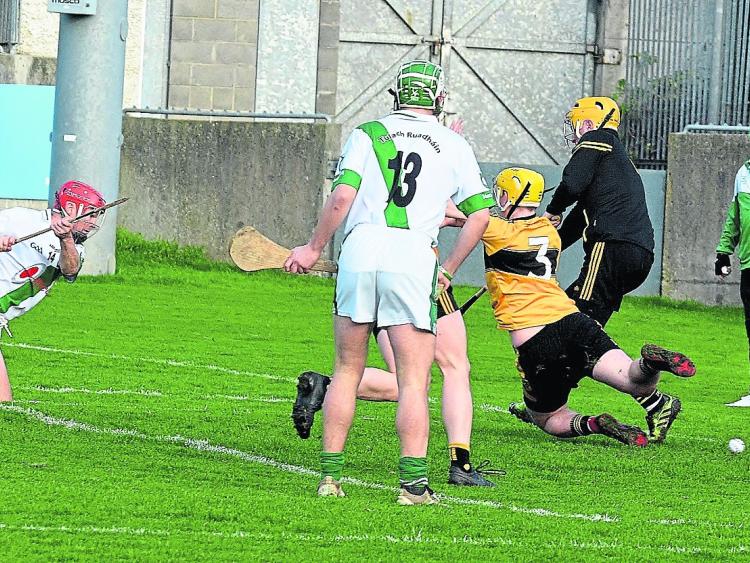 Kilkenny champions, Tullaroan, are getting immense enjoyment from the journey in the club championship, but they can’t confuse business with pleasure when they contest the All-Ireland final on Saturday week in Croke Park.

“Going to Croke Park is not about a day out,” insisted manager, Jimmy Coogan, after a strong and efficient winning performance against Naomh Éanna (Antrim) in Saturday’s intermediate club hurling semi-final in Parnell Park.

“It is about trying to win an All-Ireland title. At the start of the year our goal was to try and win the county final.

“We hadn’t even thought about Leinster or the All-Ireland series. Now we will go all out for it.

“This is great, for the club and parish. This adventure has made the winter that much shorter, but the final is there to be won.

Hurling life was rarely if ever better in Tullaroan as young and old alike feast on the menu of success being served up by the 30-strong squad.

“We are heading to Croke Park on the back of a strong performance, which is nice,” the manager added when he took up the story again.

“Naomh Éanna were a decent team. They played with a sweeper and it took us a while in the first half to break the system down.

“It is always difficult to know how to handle a sweeper situation. We hurled well throughout the field, however.

“We are delighted to be where we are.”

He felt the Tullaroan backs played very well, and Tommy Walsh at full-back was outstanding.

“The backs were always in control and they never looked like conceding a goal,” he added. “Paul Buggy in goal was safe when called on to do anything.

“We hurled well throughout the field. The players have improved, and the younger players are continually improving. That’s the way you want it.”

“We can’t let the occasion get to us,” insisted the former senior All-Ireland medal winner.

“A few years ago was our first time in Nowlan Park in a long time and we played Carrickshock in a county semi-final. Definitely the occasion got to us that day and we didn’t perform at our best at all.

“I think we have gotten over that now. We have played in enough finals now that we should be able to drive on. That will be the aim.”

Meanwhile, Kilkenny star, Padraig Walsh, described as “a dream” the opportunity to play in an All-Ireland final in Croke Park with his club and neighbours.

“This is unbelievable,” beamed the man who has worked the senior inter-county scene with Kilkenny since 2012.

“We have been dreaming about this for a long time. To get to Croke Park with your club is very special.

“Our small parish will struggle to fill the Nally Stand, but we are delighted to be going there. We won well in the end, but they made us work hard.

“They obviously had the experience of being at this level before, so we knew we had to be at our very best. We only pulled away in the closing few minutes.

“Up to that it had been hard going.”

He said Tullaroan “hit the ground running” and they kept up the strong effort throughout the hour.

“We have never been here before,” he reminded. “We don’t know if we will ever get a chance like this again. We want to make the most of this opportunity.”

He has played in Croke Park many, many times with Kilkenny, but Saturday week’s match would “be very special,” he assured.

“Never did I think I would be in Croke Park playing with Tullaroan,” the All-Star said. “It is so, so special. We can’t wait and it will be great training over the next two weeks.

“The whole parish of Tullaroan is on a high. It is on a high since the county final. Everywhere you go people are smiling. The colours are flying everywhere. Life is brilliant. We are really enjoying this adventure.

“It is all about finishing the job now. It is great to get to Croke Park, but when you are there you want to win. It is a very lonely place when you lose a big match.

“We are going there with just one thing on our mind, to play as best we can and represent Kilkenny to the best of our ability. We know what it is like to lose. We will give it our all in the final.”