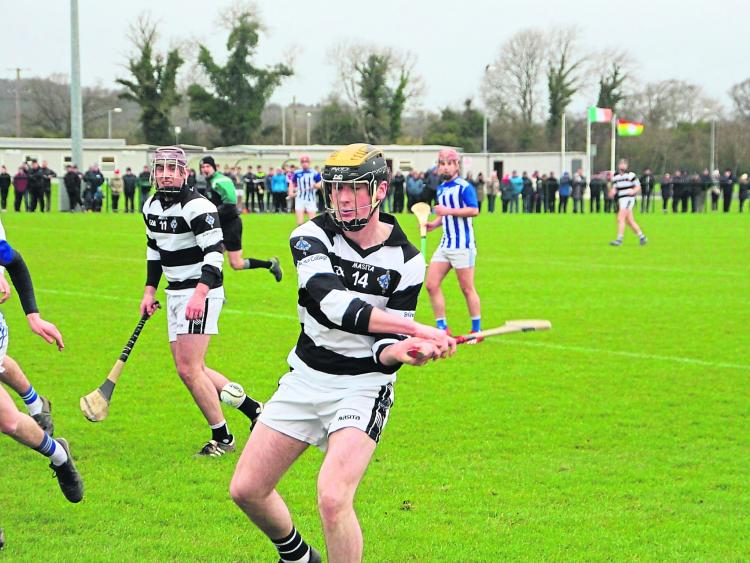 It will be an early start for St Kieran’s College and Coláiste Eoin (Dublin) in the Leinster post primary schools senior hurling final.

This repeat of last year’s decider has been fixed for Netwatch Cullen Park on Sunday with a, wait for it, 11.30am start.

It is going to be a pretty busy day for Kilkenny fans. The colleges final will be followed by a big double feature at UPMC Nowlan Park with the Kilkenny versus Clare National Camogie League clash being followed by the Hurling League tie (2pm) between the same counties.

Team officials Tom Hogan, Philip Walsh and Michael Walsh have been nursing things along, and they will leave decisions on team selection until as late as possible.

St Kieran’s, who won this title 56 times, didn’t set the world alight when beating Good Counsel, but still, as ever, they got the job done.

Coláiste Eoin mixed the very good with the ordinary when beating Kilkenny CBS in the second semi-final. However, the win came at a price.

They had a player shown a straight red carded shortly before the break. He will have to sit out this match.

They are a strong and mobile team, with three fine score getters in attack in free taker Brendán Ó Scanláin, Dara Puirséil and No. 10 Padhraic Ó Luineacháin.

The Dubs were beaten by St Kieran’s in the final last year (1-17 to 2-7), and with a more experienced crew now, they will fancy their chances.

The Noresiders have some class players, including Cian Kenny, Stephen Keoghan, Pádraic Moylan and the Walsh brothers, Harry and Denis.

When there is a title on the line, every St Kieran’s College team has a chance, even if troubled by injuries.

Coláiste Eoin are chasing their first Leinster championship title. They have a good team, but they will need to produce their A-game if they are to take the honours.

The winners qualify for the All-Ireland semi-finals, while the losers go through to the quarter-finals.

On the issue of colleges competitions, Motion 41 on the agenda for GAA Congress on the weekend after next is a serious, thought provoking one.

It is the sort of motion that could easily slip under the radar and not be noticed although it could have serious knock-on consequences for the promotion of hurling.

It reads: That Rule 6.28 – Games and Competitions – inter-county championships – Organisation – Official Guide Part 1 (page 107) be amended by adding a new section as follows:

“The All-Ireland post primary schools hurling championships at A and B levels shall be completed on or before St Patrick’s Day annually save in exceptional circumstances (eg due to bad weather). Post primary competitions at all other levels shall be organised on a provincial basis (ie to provincial final stage) only.

Kilkenny GAA Board delegates at the February meeting instructed their delegates to Congress to vote against this motion.

It was pointed out that if passed, the motion would have serious consequences for fixture scheduling for 2020 /2021.

If the All-Ireland A and B football finals are played on the fifth Sunday of the year, this would likely lead to All-Ireland semi-finals on the third week in January with the knock-on effect that the Leinster final will need to be in December, possibly on December 12 or 9.

This would leave no opportunities for leagues, it is being argued, and would likely lead to a knock-out format starting in early October.

At that time of the season local club under-17 and adult championships would be reaching the knock-out stages.
On this basis, is has been pointed out, 50% of schools could be finished in competition by mid-October!

Such a situation would have obvious implications for scheduling and may require that a reduction in the number of teams in A and B competitions to help streamline dates to meet deadlines.

It would also impact on hurling competitions, with little or no opportunity for schools fielding in both codes to participate in hurling at that time.

The last line of the motion also makes reference to the point that only A and B competitions progress beyond provincial level and by extension, C and D competitions will not progress to All-Ireland finals as is currently the case.

This will impact negatively on those competitions, it has been suggested.

People involved in promoting Gaelic games in schools have been asking to study the motion carefully.

If they share the concerns of the possible implications as highlighted in Kilkenny, they have been asking to make representations to officials from their county who may be attending Congress.

The idea would be to highlight the serious consequences passing this motion could have on games at post primary level.
If games are not promoted properly at schools and colleges level, where will the future stars come from?