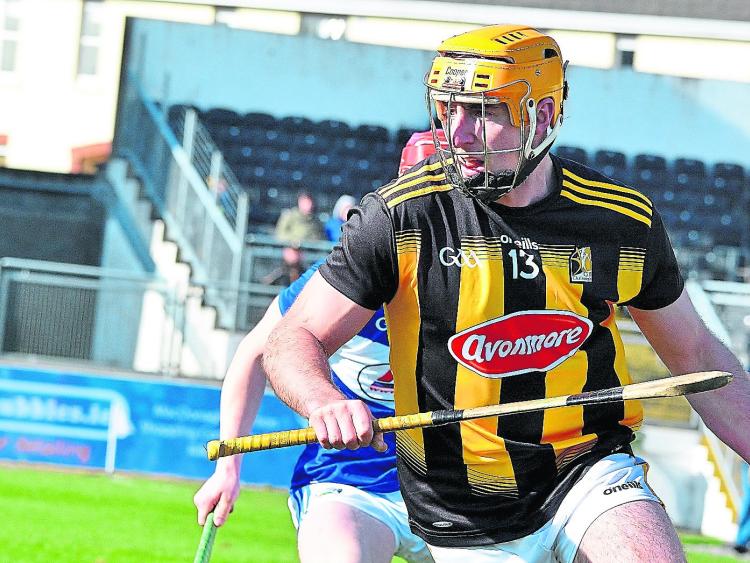 Kilkenny have been working off a big panel since the start of the 2020 hurling season, and to date 42 different players have worn the famous stripy jersey.

That number was boosted above an ordinary level when what could be described as a ‘new faces team’ was fielded against Wexford in the opening match of the year, which was the Walsh Cup semi-final in John Locke Park on January 12.

That game was played less than a week after Kilkenny returned from their post All-Ireland final trip to Florida, and few of the regulars, apart from Conor Fogarty, Paddy Deegan and Eoin Murphy, were available.

Consequently, the door was thrown open for new faces to be given a run. Nine of the players who saw action that day haven’t featured since.

Apart from that free for all, if you can call it that, manager Brian Cody and selectors, James McGarry, DJ Carey and Martin Comerford have spread the net far enough during the National League when 33 players were given a run.

That is fair going enough remembering that a good share of the Shamrocks Ballyhale brigade including TJ Reid, Joey Holden and 2020 captain, Colin Fennelly, plus Lebanon stationed Army men Paul Murphy (Danesfort) and Richie Reid, have yet to see action.

The Shamrocks unit were given a well earned rest following the club’s second successive win in the All-Ireland club senior championship.

They are ready to return now, however.

For the All-Ireland 2019 press night last August, Kilkenny listed a big panel of 44 players, including seven from the Shamrocks club - not involving Eoin Cody, by the way.

The structure of the League this season all but guaranteed the big guns, including Kilkenny by the way, against the threat of relegation.

That ended up as a battle between the two bottom teams, Westmeath (Division 1A) and Carlow (Division 1B), with the former winning to maintain their 1A status for 2021.

Given that Kilkenny rested the players from their three All-Ireland winning club teams - Tullaroan and Conahy Shamrocks were the other sides - that offered space for young hopefuls to have a go at securing a place in the squad for the Leinster championship, or even better, pushing for a place on the team for the concluding matches in the League.

This National League has been good for Ciaran Wallace and Conor Delaney, for goalie Darren Brennan too, and also Alan Murphy and Darren Mullen - I think the swashbuckling Martin Keoghan has a lot more to offer and he will when he gets more game time - who showed up well when given their head.

Young Niall Brassil opened smartly in what turned out to be relatively easy games against Dublin and Carlow, but injury knocked him back and he hasn’t figured since the latter match on February 2. Pity, because one would have liked to have seen more of him.

It was the same story with Young Hurler of the Year, Adrian Mullen, who caught the eye for all the right reasons in the 20 minutes before injury cruelly cut him down against Clare.

His season is over because of a cruciate ligament injury. He will be a big, big loss.

Billy Ryan, who scored 4-2 in his five outings - he drew a blank against Carlow and scored two goals against Dublin - has shown up well. The thing is, he could have done even better.

He has the pace, power and size to drive on. If he can relax more when racing on to the ball, and avoid a tendency to snap at it, he will create even more chances for himself.

Time and experience will help polish his game, and who knows, a word for DJ might be the perfect thing.

It is fair to say Kilkenny face a step up in the level of competition from now on.

Waterford in the quarter-final on Sunday would have been a testing affair, which is exactly what counties expect and want at this time of the season….to have to raise their game.

The following is the list of players used in the League to date by Kilkenny: