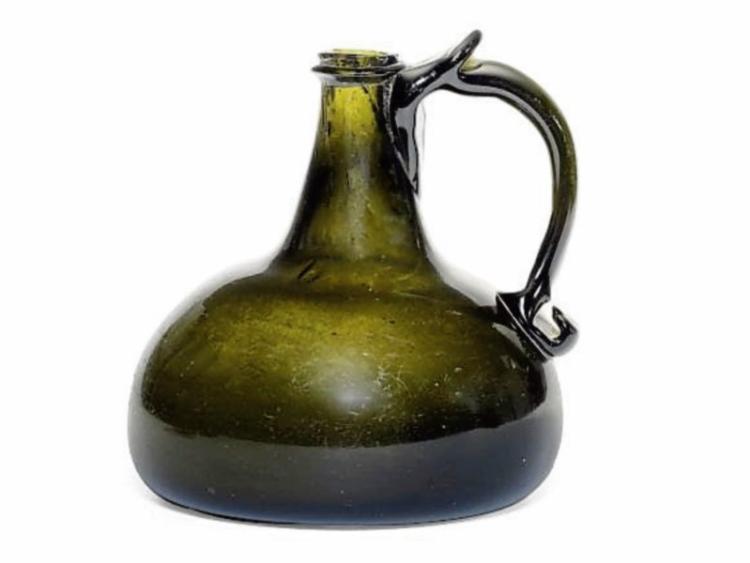 A rare serving bottle once owned by famed Kilkenny satirist Jonathan Swift is to be sold at Bonhams British Ceramics and Glass sale in London next month.

The rare onion serving bottle – named after its shape – is valued at around £5,000-7,000. It dates from the early 18th Century and has a curious inscription, which links it to the famous Irish satirist and clergyman.

Beginning with the words ‘Ego, Diaconos Celer’, the text is written in a form of cod Latin.

Although it is difficult to translate literally, the gist is: ‘I Deacon Swift fill this glass in thanks to my friends and drinking in memory of my homeland with good drinks and whisking smoke.’

Swift was famous for his love of language and puns. To amuse his friends he even invented his own form of Latin called 'Latino-Anglicus' in which the text on the bottle is almost certainly written.

The phrase ‘Ego Diaconor Celes’ is a pun meaning ‘I Swift Deacon’. Swift had been ordained as a Deacon of the Irish Church by the Bishop of Kildare in 1695.

It was the title he used during the early decade of the 18th Century when this bottle was produced, and before his appointment as Dean of St Patrick’s Cathedral in Dublin in 1713.

The author of Antique Sealed Bottles (2015), David Burton, records other sealed bottles made for Jonathan Swift and the writer referred specifically to the use of wine bottles in his writing.

“This is a very rare bottle in its own right but as we did more research the evidence began to mount that it had once been in the hands of one of Ireland’s greatest writers, Jonathan Swift,” says John Sandon, Bonham's Head of Ceramics.

“ There is little doubt in my mind that Swift was the original owner and that it was made to his specification.”

The bottle will be sold at Bonhams British Ceramics and Glass sale on November 3.

For a full listing of forthcoming sales, plus details of Bonhams specialist departments, please visit bonhams.