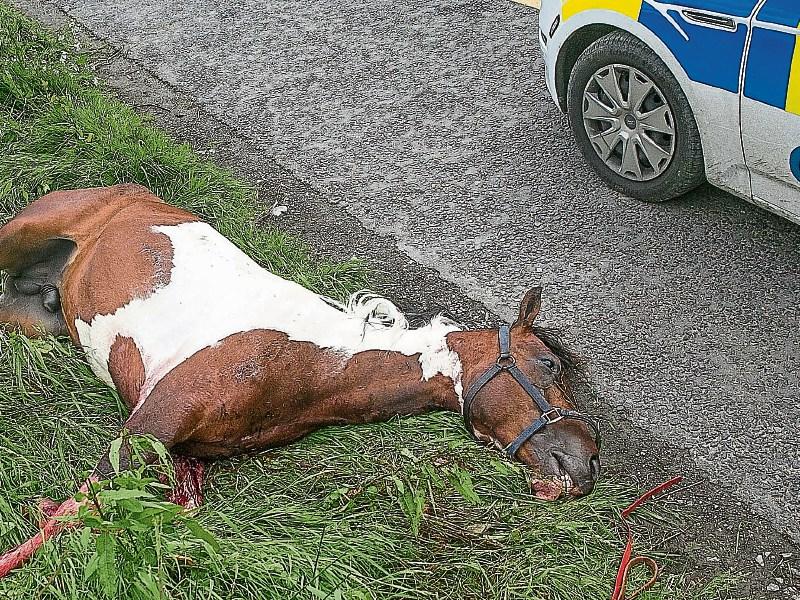 Horses have been killed during sulky races in Kilkenny (this horse was killed in 2014, prompting the introduction of new byelaws

Councillor Andrew McGuinness (Fianna Fail) who originally put forward Kilkennys Sulky Racing ban during his term as Mayor in 2015 received a number of complaints relating to the incident in recent days.

The incident, which took place earlier this month, at Cuffesgrange on the main Kilkenny to Callan road was also reported to the gardai.

"I received a number of complaints on Sunday regarding a sulky race that involved up to four sulkies with carts travelling at high speed with a small entourage of cars. They were racing towards the city from Cuffesgrange at roughly 3pm," said Cllr McGuinness.

"One local resident was almost involved in a crash when the sulkies dashed across the main road from the side road that comes down by the church in Cuffesgrange. Many locals have said that the area has become a favourite hot spot for sulky racing," he said.

"There could have been a serious accident here, not to mention the cruelty experienced by the animals involved. It is quite clear that those involved in this race have little or no regard for the law. Its not good enough and its putting the safety of all road users, including those involved, at risk," he said.

Cllr McGuinness called on gardaí to deploy the necessary resources to tackle the problem.

"Thankfully, Kilkenny now has laws in place to deal with this but unfortunately, when we have laws in place we also have those who are willing to break them. We all need to be vigilant in terms of reporting these incidents to the gardai immediately. I want to see those who are breaking these laws brought to justice. Now that it is known that this area is used for such activity I hope it will be monitored by the gardai," concluded Cllr. Andrew McGuinness

A number of horse have been killed on roads in Kilkenny in recent years which prompted the introduction of the byelaws last year.