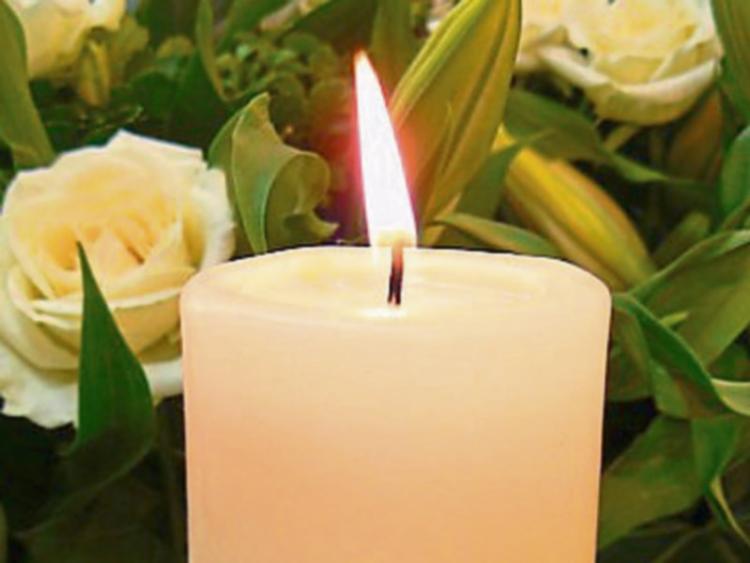 Reposing at her home Millmount Red Mills, Goresbridge, from 4pm to 9pm on Friday 11th November and from 2pm to rosary at 9pm on Saturday, November 12th. House private on Sunday morning until 1 30 pm for her removal to the Church of the Holy Trinity, Goresbridge for Requiem Mass at 2pm. Burial afterwards in the adjoining cemetery. Family flowers only, donations if desired to Carlow Kilkenny Home Care Team.

The death has occurred of rank Coyne, Lintown, Kilkenny City and and late of 13 Nuncio Road, Kilkenny.

He died peacefully at St. Columbas Hospital Thomastown on 9th November 2016. Deeply regretted by his Brothers, Sisters, Nieces, Nephews Aunts, Uncle, relatives and friends. Removal Friday November 11 at 10.15 am to St. Patrick's Church, College Road, Kilkenny for 11 am Requiem Mass, followed by burial in Foulkstown Cemetery.  Family flowers only. Donations if desired to The Friends of St. Lukes Hospital. Donation box in Church.

Vigil Prayers & Rosary on Friday evening at 8pm. Funeral arriving at the Church of the Assumption, Ballyouskill for Requiem Mass on Saturday morning at 11am followed by burial in Raheen Cemetery.