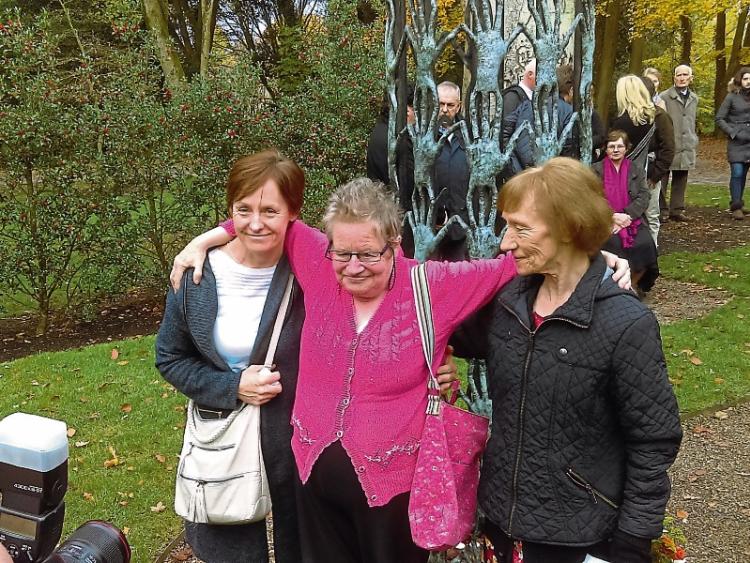 What if Jo Jo Dollard's sister is right? After 21 years, Mary Phelan continues to insist that she knows the identity of her sister's killer over two decades ago.

Jo Jo Dollard (21),Callan went missing on November 9, 1995 after making a phone call from the public phone box in Moone, Co Kildare at 11.34pm to her friend Mary Cullinane who attended a remembrance service for Jo Jo and other missing people in the Kilkenny Castle Park at the national missing persons' monument on Sunday afternoon.

The notorious rapist Larry Murphy from Wicklow has been ruled out as a suspect in Jo Jo's disappearance.

Jo Jo's eldest sister, Mrs Mary Phelan said that the identity of the main suspect was named to her by a senior garda just a few weeks into the investigation and nothing she has been told in the intervening 21 years has done anything to change her mind. This is something denied by the gardai.

As far as Mary knows, that person has never been totally ruled out as a suspect - And this cannot be verified with investigating officers.

She wants this person's story re-examined and she wants part of a farm in Leinster searched for Jo Jo's remains.

And the call for a re-examination into this aspect of the investigation has been backed up by Deputy John McGuinness who has, over a long number of years, kept the memory of Jo Jo Dollard in the public eye.

“We need to re-examine everything and for once and for all put Mary Phelan's theory to the test,” he said.

“We also need to seek the assistance of outside agencies, like the FBI and others to sift through the evidence and see where it leads us,” Deputy McGuinness said.

Speaking at the memorial service, Deputy McGuinness said anyone with information should now come forward because, with the passage of time, loyalties may have changed.

“And I am asking people who know something, however trivial they may think it is, to come forward as an act of humanity,” he said.

The service ended with the “Amazing Grace” sung by Fr Willie Purcell and the rest of the large gathering.