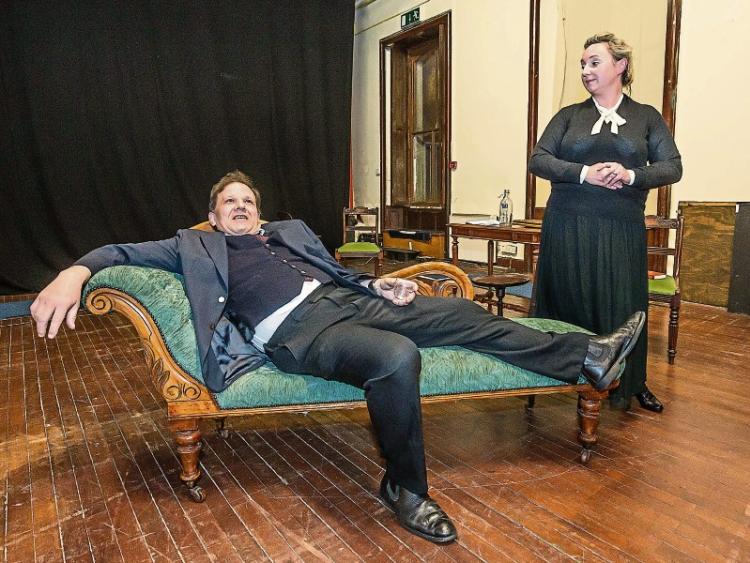 Drama group Barn Owl Players are returning to the stage this December for their annual One Act Festival.

This year they will present two one act plays in the The Barn on Church Lane.

Tough Cookies by Edward Crosby Wells, is directed by Martin Matthews. A biting comedy, the play revolves around a mother and daughter who live together but live a less than peaceful existence. Their neighbour gets caught in the crossfire between these two feisty women, with hilarious consequences. Matthews has a flair for directing comedy as displayed in last year’s One Act Festival when he directed the outrageous A Little Box of Oblivion.

The play stars Natasha Murry who has appeared in many Barn Owl productions and recently starred in the h Barnstorm Theatre Company – Watergate co-production of Translations. Janis Woodgate, one of Barn Owls longest-running members, returns to the stage following a short hiatus.

The final member of the cast is Paula Drohan, a familiar face on the amateur acting scene, who is making her debut with Barn Owl Players.

The second one-act play is Brian Friel’s The Bear, directed by Mags Whitely who recently assisted on Translations and directed Mother Figure for the BOP 2015 One -Act Festival. Set in Russia the plot concerns an affluent widow, her aged servant and a bear of a man who enters their lives. The play stars Nicola Keating, Fergus Keane and Jim Carroll.

“The Bear was originally written by Anton Chekov, it was shined up by Brian Friel. It is two masters collaborating. It is a farce, it is great fun to be a part of and watch so come along and see it,” said Jim.

The show runs nightly at 8pm from December 8 - 10. Tickets are on sale in Rollercoaster Records priced €10. More information at facebook.com/barnowlplayers and by emailing barn.owlers@gmail.com.