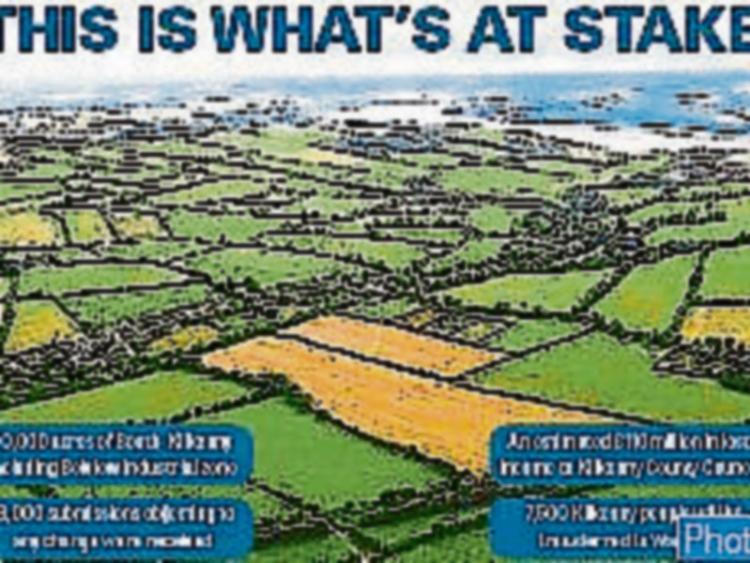 Kilkenny TD, John Paul Phelan has vowed to leave Fine Gael if the controversial “land grab” by Waterford is successful.

Phelan is gutted by speculation, rampant around Leinster House, that Minister for Housing, Simon Coveney will recommend to the Dail that Waterford be allowed take 20,000 acres of Kilkenny land and in one fell swoop, displace 7,500 people.

“What hurts most is the potential loss of identity. A boundary change will damage the culture and persona of 7,500 Cats, our flesh and blood. These people are steeped in the social, cultural and heritage fabric of County Kilkenny.

“The Kilkenny people living in Ferrybank, Slieverue and Mile Post are die hards who never miss a Kilkenny hurling match and are rooted in the rich history of what makes Kilkenny what it is.

“And to think that a Fine Gael government could, with a swipe of a pen, make us Waterford is disgraceful.

“Unless we as a county, rise up and oppose this, we will be ripped apart by the greed of our neighbour.

“We need to man the barricades and keep them out,” he said.

Minister Coveney will receive the report from the boundary committee in the next week or so and it's expected he will recommend implementing the changes which will see a huge swath of Kilkenny turned over to Waterford against the wishes of the vast majority of people.

“Waterford has long had designs on South Kilkenny and the rich industrial zone on the north bank of the River Suir out as far as the Pink Rock, taking in the Belview industrial zone but I and mine will fight them every inch of the way,” Deputy Phelan said.

A preliminary estimate of the value of lost income to Kilkenny County Council is a staggering €110 million.

It has been pointed out by Kilkenny County Council that Waterford cannot afford that level of compensation for a boundary change and would if allowed, result in a huge cost to the Government.

In what can only be described as an aggressive submission, Waterford City Council accused Kilkenny of neglecting the area. This has been strenuously denied by Kilkenny County Council.

In excess of 18,000 submissions, objecting to any change to the existing boundary between the two counties were submitted to the relevant authorities.