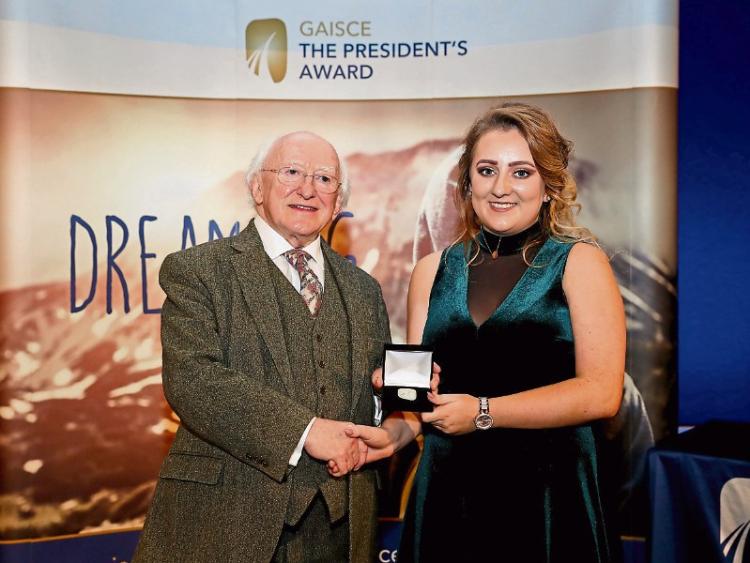 Stephanie Morris, from Gowran, is currently teaching English in Dubai. During her Gaisce journey, she excelled in the physical recreation challenge, and completed six 10km races and one 5km race.

As part of ker adventure journey for her Gaisce Gold Award, Stephanie reached the summit of the famous Mount Kilimanjaro.

Kate Kelly, from Kilmacow, has now achieved all three Gaisce Awards – Bronze, Silver and Gold. A firm believer in seeing things through, Kate decided to push on and go for Gold, as she knew she would be disappointed if she didn’t.

Kate and Stephanie were among the 65 young people to have achieved their Gaisce Gold Award this year. Over the course of their Gaisce challenges, the 65 Awardees contributed over 10,000 hours to helping their communities, developing skills and achieving personal goals.

“Gaisce is important,” said President Higgins at the awards ceremony.

“When we are encouraged to test our limits and to push beyond the horizons of what we thought was possible, and when we do so always seeking to care for the welfare of others, we learn to look beyond the assumed inevitabilities by which we so often live our lives.”