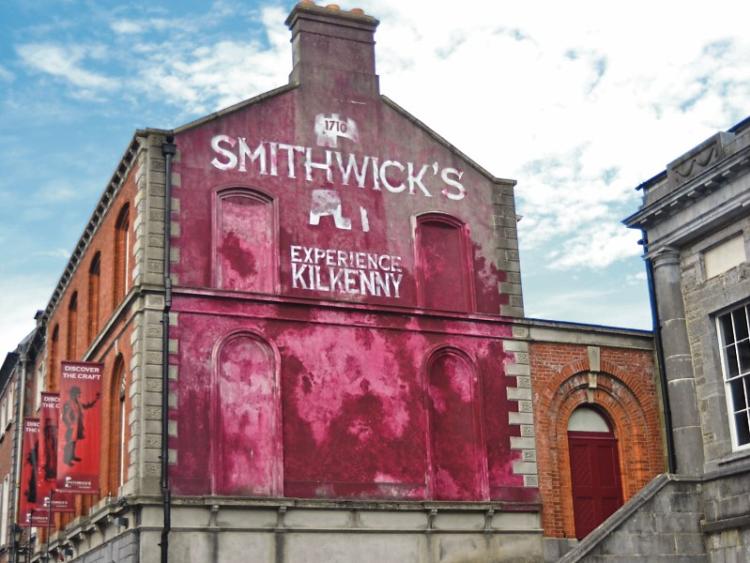 Kilkenny County Council is to consider a number of possible short-term uses for parts of the St Francis Abbey brewery site following the transfer of possession from Diageo to the local authority.

While a number of the masterplan's development projects are being progressed to detailed design and tender stage, such as the brewhouse, riverside garden and Mayfair building, much of the future vision for the site may take many years to be realised.

At Monday's council meeting, engineer Tony Lauhoff presented the elected members with an update. Work is being progressed on the preparation of things such as a Low Carbon Energy Strategy, a parking options study, urban design criteria and a utility services design.

“It will leave a lot of the site derelict for the time being, so we need to consider temporary uses for areas that won't be developed in the short term,” said Mr Lauhoff.

Mr Lauhoff told members that representatives from Kilkenny Arts Festival had visited the site on a few occasions.

Cllr Malcolm Noonan ased it if was proposed to have a temporary carpark off the Central Access Scheme on the site. Mr Lauhoff said it was too early to say if there will be a proposal for carparking off the CAS, but that it was 'something to consider in relation to short-term proposals for the site'.

Cllr David Fitzgerald said that for many years, councillors including himself had spoken about a bus carpark at that end of the city.

“Has any discussion taken place in relation to that?” he asked.

“It would be hugely important if we can create a second bus parking opportunity in the core of the city.”

The Fine Gael councillor had another suggestion also.

“Given a significant portion of the site will not be in use for sometime, I propose we use [part of] it as an outdoor concert venue,” he said.

“Could we create temporary seating for July/August, with a view to running a number of events there – even just next year, the next two or three years?”

Mr Lauhoff said that bus parking was one option being considered, and car parking and coach parking as a means to 'balancing out' the Medieval Mile. He also said there would be an opportunity for small-scale concerts on the site, and that the council was to explore holding an open day for the general public to come onto the site and see it as it now is.

Cllrs Fidelis Doherty and Patrick McKee asked about the Watergate Theatre's role in the site's future. Chief Executive Colette Byrne said the Watergate is outside the site, but it was always intended to look at how it would link in with it.

“We certainly will be working with the Watergate to come up with a proposal,” she said.

The funding partnership, between Kilkenny County Council and the NTMA - for development of specific plots on the former brewery site - has now been formally established as ‘Kilkenny Abbey Quarter Development Limited’. The chairman of its Board is Billy Murphy, and there are two representative from Kilkenny County Council in chief executive Colette Byrne and head of finance Martin Prendiville. The representatives from the NTMA are Fegal McAleavey and Frank Dowling.