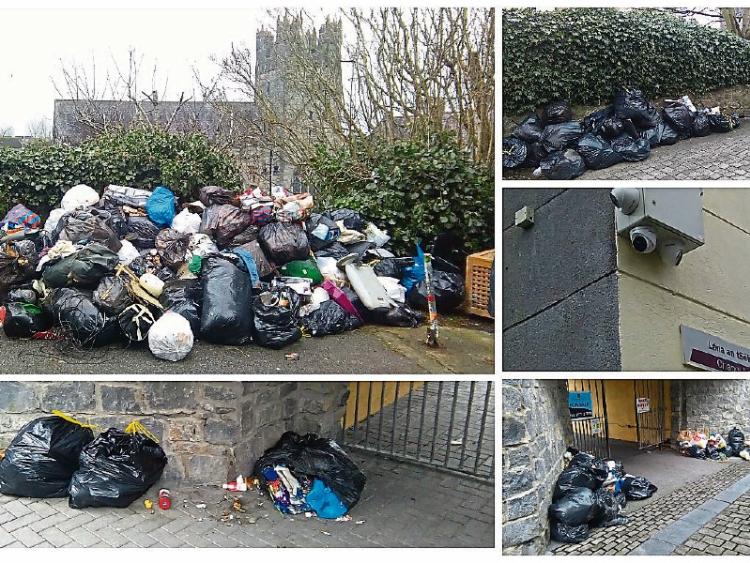 Main: A huge pile of dumped rubbish beside the historic city wall near the picturesque Black Abbey. Other: Various dumping spots nearby.

Shame on the disgusting, brazen individuals who have turned some of the Kilkenny City’s most beautiful areas into out-of-control, illegal dumping sites this morning.

Beside the historic city wall, not 50 yards from the picturesque Medieval Black Abbey – one of our iconic tourist attractions – is the largest pile of dumped rubbish. Dozens of black bags filled with household waste, hoovers, toasters, clothes, and beer bottles are piled high on top of each other, some torn and their contents strewn, presumably by animals.

Indeed, the rest of that short city centre passageway – New Building Lane – has three other spots where bags of waste have been thoughtlessly dumped by some reprobates.

Around the corner, at Wellington Square, any visitor to the city today will be greeted by the site of another 16 black bags piled on top of each other. That they are right beside a sign warning against illegal dumping and promising a fine seems to be of little deterrent. Close by, three CCTV cameras appear to be fixed on the scene. Are they operational? 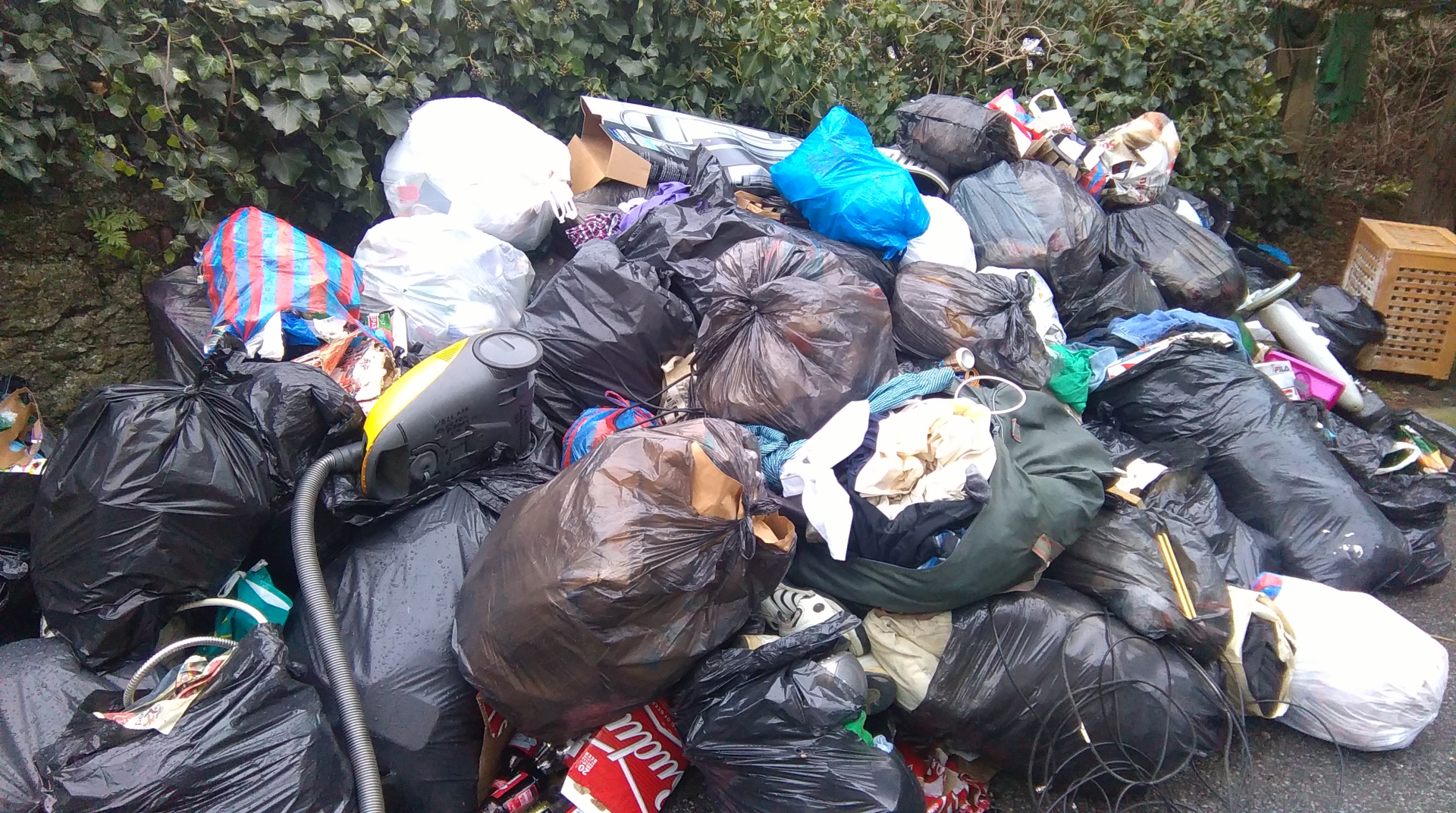 Kilkenny is known for its generally strong showings in cleanliness and tidiness competitions, but let’s hope no one from Tidy Towns or IBAL just happens to be in the neighbourhood today.

While the quieter suburban approach roads and rural lanes are still routinely spoiled by fly-tipping, it seems there are plenty of people living in Kilkenny City not bothered enough to stray far from their doorstep to carry out their wanton acts.

The sheer volume of rubbish, the diversity of what’s there, and the proximity of the dumping sites to the city’s main thoroughfares shows how shameless and uncaring these people are.