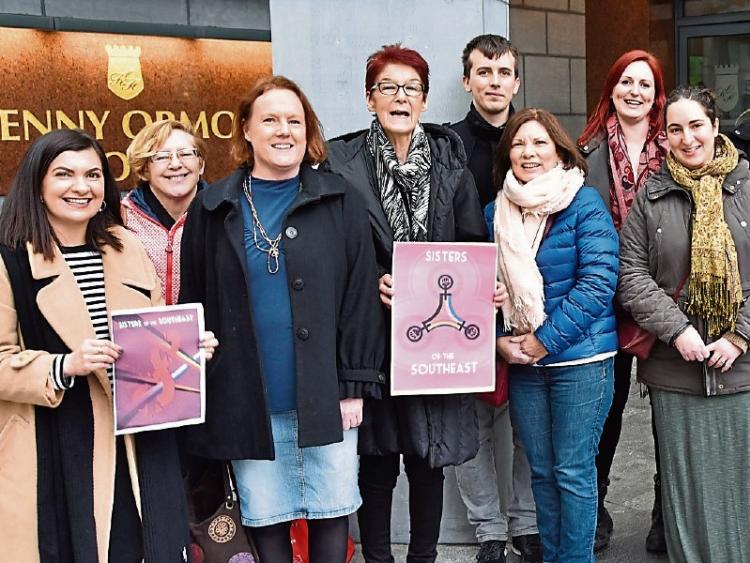 The South-East’s first regional repeal group, the Sisters of the South-East was launched last Sunday in the Ormonde Hotel in Kilkenny.

There was a good attendence and People before Profit's Adrienne Wallace said that 'Sunday was a great day for rural Ireland'.

“People from all over the SouthEast teamed up to say that rural Ireland is pro-choice and proud. During the marriage referendum many doubted rural Ireland's commitment to equality and progress, and many were proved wrong.

“On Sunday we heard about the vibrant repeal campaigns blossoming in towns and villages across the South-East. Nobody can deny that women are being denied their human rights under the 8th amendment but this government has gone a step further by denying us all our democratic rights. The fight for a referendum has begun and a lot of activity is being planned across the South East to tie in with the national campaigns on March 8."

“The Repeal campaign has gripped the nation. There is a very strong youthful message to the establishment that women’s bodies are not a political tool and we make no apologies for demanding bodily autonomy. This is the 21 st century after all. I have campaigned across the South-East on the Repeal issue for the past year I have seen rural Ireland take up the message of equality,” added Ms Wallace.

Tanya Cody from ARC’S Kilkenny4Choice said that ‘the 8 th amendment is anarchaic piece of legislation that has no place in our constitution. “Ireland has one of the most restrictive abortion laws in the world, including countries like Kazakhstan and Iraq,” she said.

Jessica Murphy from Repeal the 8th Carlow/Kilkenny added that 'the Citizen’s Assembly is nothing but a stalling tactic. Women have waited long enough,” she said.

March 8 has been called as a national day of strike and protest unless a referendum is called on the Eighth Amendment.