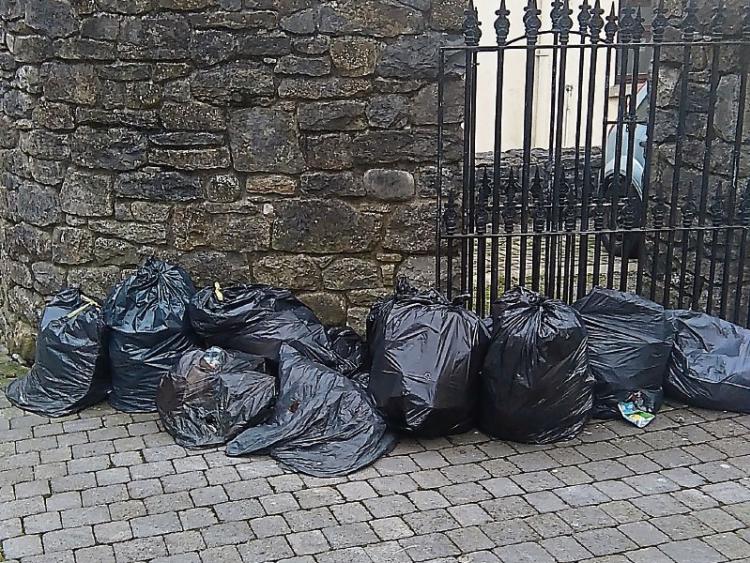 New measures to tackle illegal dumping in the medieval core of the city were proposed at the Kilkenny Municipal District Council.

The motion was proposed by Cllr Malcolm Noonan in response to what he called 'a surge of illegal dumping' in certain parts of the city centre.

Measures included distributing a multi-lingual leaflet outlining people's responsibilities regarding the Litter Act, CCTV on the lanes and changes in planning laws around the storage of waste and recycling.

Cllr Noonan claimed that there was always some illegal fly tipping but that the problem had worsened in recent weeks which was probably due to changes in waste collections services.

“We are facing significant changes in the waste and recycling industry and it is up to us as a local authority to respond to them. However it is simply unacceptable that people would dump waste on this scale only metres away from historic sites and main tourist areas,” he said.

Cllr Noonan proposed that a mult- lingual leaflet should be circulated and also prpposed that hidden CCTV cameras be placed at strategic locations that would lead to prosecutions.

He was informed by City Engineer, Seamus Kavanagh that information had been obtained from searches in bags dumped recently in the lanes that could lead to prosecutions.

''I also felt it important to address the issue of how waste is presented for collection in our planning laws. As we strive to get more people living in our town centres, the day of the single wheelie bin outside every apartment should come to an end. We need to look at innovative storage ideas that could be shared by groups of housing or even community in vessel

In Cllr Noonan's motion he referred to the need to call to every address in the city area to ensure that people were availing of an authorised collection service or disposing of waste and recycling via an authorized facility such as Dunmore.

“People must be able to produce evidence of this if an Environment Officer calls' he said.

Cllr Noonan said that the local authority had been proactive in trying to address issues where houses could not put out wheelie bins due to constraints caused by narrow footpaths or lack of side entrances. He said that retaining the old Corporation 'domestic scavenging' service in some areas was useful as private waste contractors could not access lanes.

“Losing our municipal collection service was not good for a city centre constrained by it's historic street pattern but we have to deal with that reality now. However our environment section needs to be better resourced to deal with the scale of the environmental challenge we face' he concluded.