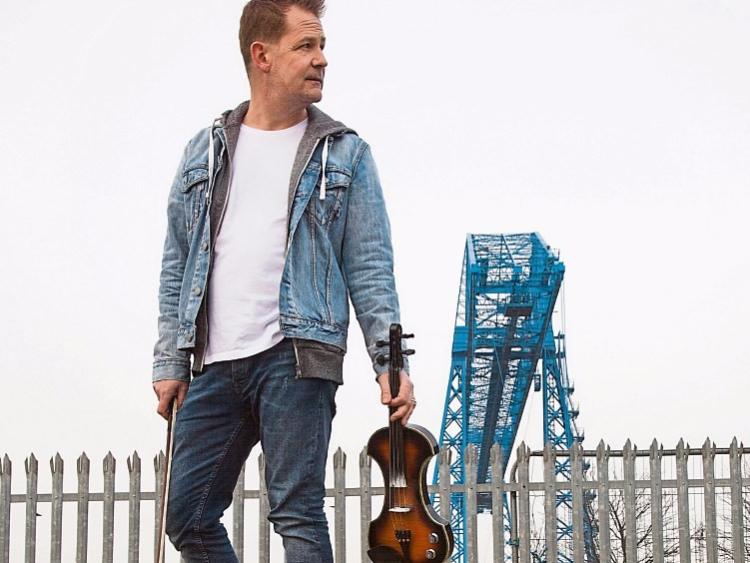 Tens of thousands of people visit Kilkenny each year for a variety of reasons, but one man making the journey this May is doing so for a particularly special reason – and in a rather unique way.

Mike McGrother plans to set off from the north-east of England and retrace the steps of a journey made to Kilkenny in 1776, which is documented in an old ‘forgotten’ book. Six days of travelling by a variety of means should take Mike as far as Langton’s, where he intends to meet a very good old friend – none other than the Rev Ollie Maher – for a pint and a catch-up.

‘A Trip to Kilkenny, From Durham by Way of Whitehaven and Dublin, in the Year 1776 Containing Remarks on the Situations and Distances of Places; The Customs and Manners of the People; Interspersed With Short Digressions’ was published 241 years ago. It was the first book ever published in Mike’s hometown of Stockton on Tees.

Essentially a travelogue, the book features a series of letters and observations by author Mark Elstob, who made his way from the North East of England to Kilkenny in 1776. The book contains his routes and observations about the various places and communities he encounters.

Mike now intends to ‘rewrite’ the book, with contemporary accounts of the journey and his own observations, before giving the proceeds to a children’s charity.

“My book, ‘A Trip to Kilkenny via Whitehaven, Dublin and the Friendship’, will detail the ways that communities have changed – but particularly maintained ‘spirit’ and friendship,” says the Mike.

He's set some ground rules to make his trip that little bit more interesting. He must follow the key parts of Elstob's route, and can only walk or use one specific form of transport once. A talented musician, he can only pay for the transport either by busking, performing or relying on the kindness of others.

He’s also a musician and has fronted a ‘hybrid’ Teesside-meets-Irish-culture band called The Wildcats of Kilkenny for the past 25 years. They play across the world and encourage people to be happy, and Mike says the band’s name was actually inspired by his friend in Kilkenny.

“Last year – to remind people how ‘good’ can come out of bad – in a cultural sense, I adopted the name The Wild Rover and made my way on foot from Carrickmacross in Ireland back to Teesside,” says Mike.

“It was a remarkable project and got me thinking about other ‘roving’ projects I could do.”

On May 2, he and a couple of companions will make their way from the site of the publishing shop in Stockton High Street to the centre of Kilkenny, where he plans to share his journey with his old pal.

He has been planning the trip for some time now. The proceeds from the book will go to a local children’s charity, The Finlay Cooper Fund. It was set up in memory of former Middlesbrough FC player Colin Cooper's son who died in a freak accident 12 years ago. Printing costs are being covered by a Crowd Funding Initiative.

“It would be great to see some friendly faces as we go!” he says.

Day 1: Stockton to Darlington via convoy. Darlington to Penrith via trains, with Mike performing on them. Walk to Patterdale.

Day 3: Cockermouth to Keswick and onto Whitehaven.

Day 4: The boating community will take them to the Isle of Man.

Day 6: Bus to Carlow and walk on to Kilkenny for a pint in Langton’s.