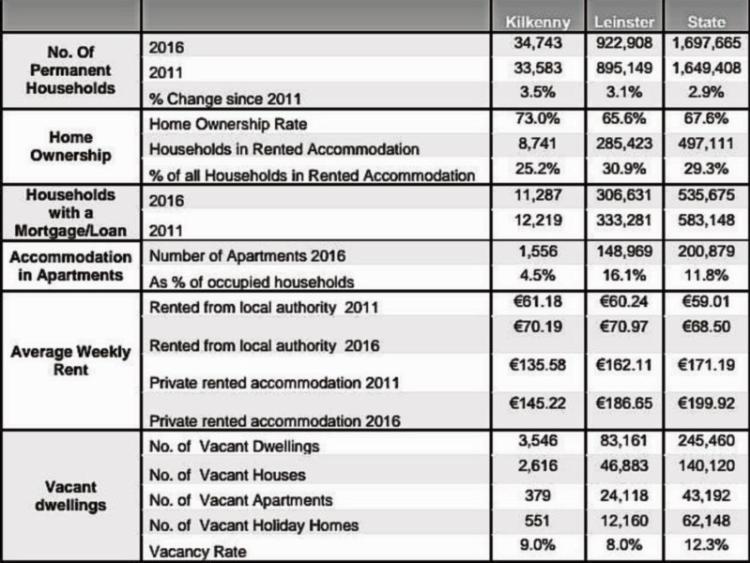 There are 3,546 vacant dwellings in Kilkenny, including 379 vacant apartments, according to new data from Census 2016.

The results published today show that the vacancy rate in Kilkenny stands at 9% — one percent higher than the rate for Leinster as a whole, but still less than the 12.3% for the State. It also includes 551 vacant holiday homes.

However, the figure is a reduction of almost 3% from 2011, when 4,624 vacant dwellings were recorded.

The Census data also reveals that Kilkenny’s housing stock grew by less than one percent since the previous Census — to 39,226 up from 39,005 in April 2011.

Today’s full report is available on the CSO website at www.cso.ie/en/census.