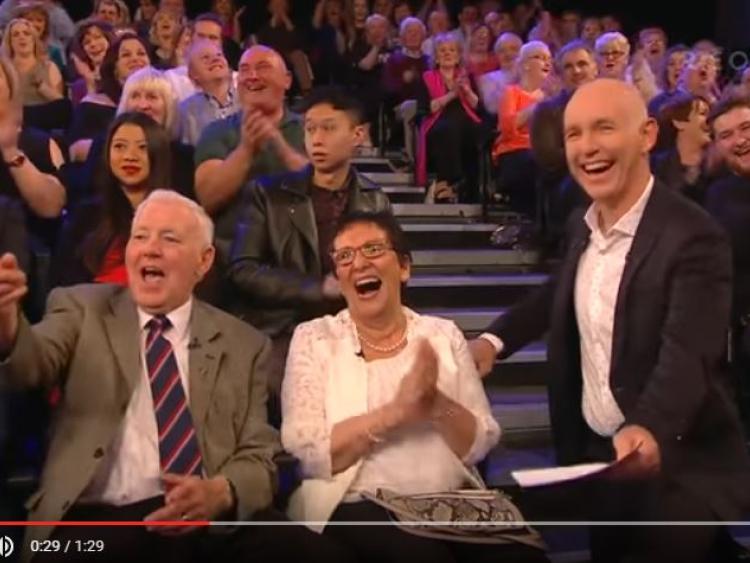 Noel and Margaret were on the Ray D'Arcy Show.

Kilkenny couple Noel and Margaret Philips got the surprise of their lives as they celebrated their 50th wedding anniversary on Saturday night.

The pair, who have six children and 10 grandchildren, were on the Ray D'arcy Show on RTE televion when they were surprised by their favourite singer Dickie Rock. They had danced to one of his songs on the night of their wedding 50 years ago.

The Kilkenny couple told some hilarious stories to Ray, and Margaret gave tips on how to have a long and happy marriage. Then, the one and only Dickie Rock cut short his holiday in Spain to surprise the couple.

Watch below as Dickie Rock surprises the two lovebirds on their anniversary.