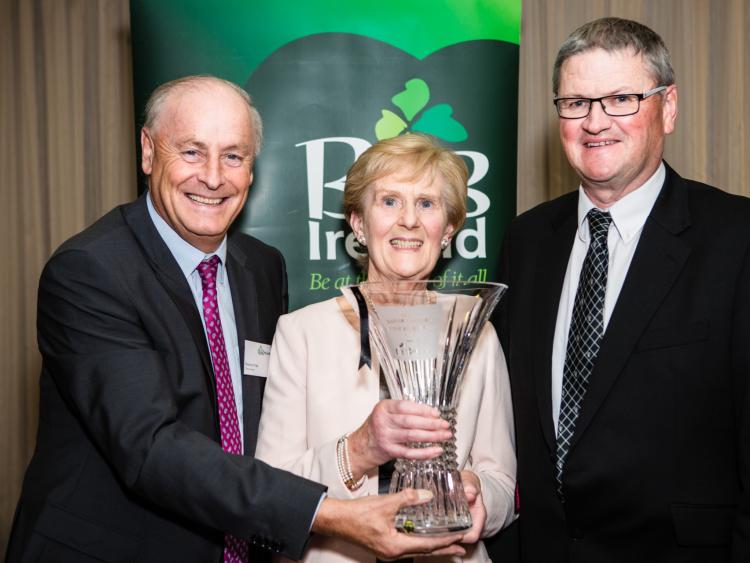 The winner of Ireland’s B&B of the Year is Springview Farmhouse in Urlingford, Co Kilkenny. The announcement was made in Dublin this afternoon at the AGM of B&B Ireland in the Ashling Hotel.

Reacting to their win, Eileen Joyce said she was “absolutely thrilled to have received the award for ‘B&B of the Year’. I would like to thank my guests for their lovely reviews and B&B Ireland for the recognition this award gives to us and our Farmhouse”.

“In the end, we decided that the Joyce family and Springview Farmhouse B&B were the winners based on the depth and length of the praise given by those guests who took to comment on their stay,” said Charlie. “Springview Farmhouse epitomizes all that is within the core values of an excellent Irish Bed and Breakfast...and them some more that they add themselves in a warmest and hospitable way.”

for the competition Helena Healy said Our awards are based on measuring the visitor's experience. The reviews these B&Bs have received is testament to the exceptional service and experience they are delivering to their guests’.” Assessment for the award was based on reviews received in 2016 from those that booked and stayed through B&B Ireland. Helena Healy said almost 50 B&Bs gained a top 10 out of 10 from the reviews, and the best nine of these were then chosen as finalists