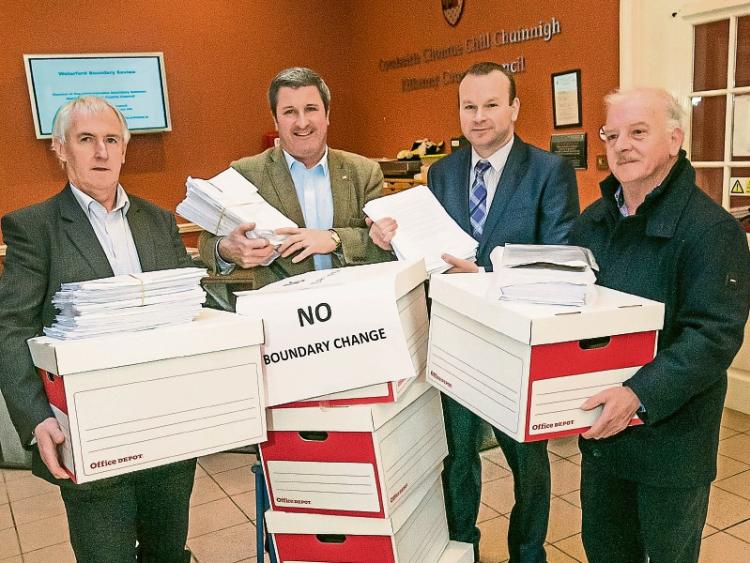 South Kilkenny councillors with boxes of submissions on the boundary issue last year.

There has still been no formal response from Minister Simon Coveney to outstanding questions on the future of Waterford’s boundary with south Kilkenny, and the possibility of any ‘administrative change’.

At this week’s meeting of Kilkenny County Counci, chief executive Colette Byrne clarified that there has of yet been no response to the questions the council has asked seeking clarity on the Minister’s previous statement on the matter. Director of services Tim Butler said that two letter had been written to the Minister. The council is also requesting a meeting with the members to understand what is being proposed.

Chairman of the Piltown Municipal District Ger Frisby said the lack of a reply was simply not good enough.

“It is important we keep pushing on it,” he said.

“It is leaving everyone in limbo. We need a response at this stage.”