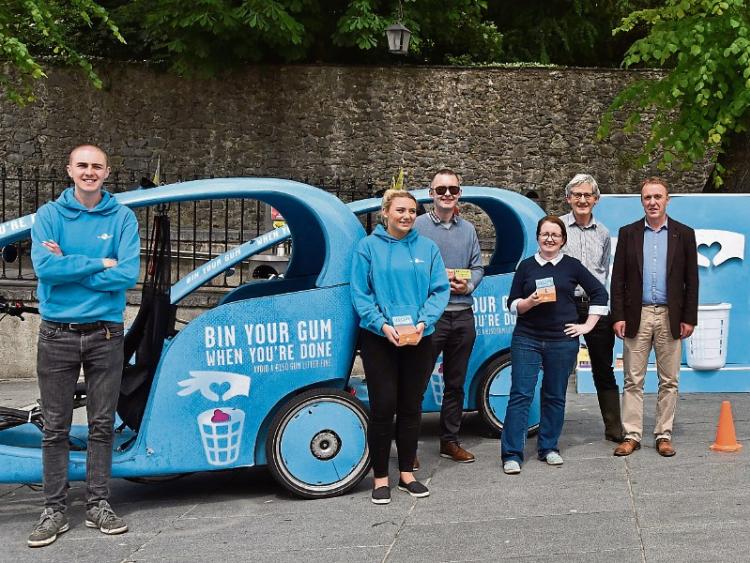 The campaign has had huge success to date in changing the public’s behaviour to gum disposal and in encouraging correct gum disposal through a targeted education awareness campaign. According to research carried out by Millward Brown on behalf of the Gum Litter Taskforce (GLT) during the 2016 campaign, the highest number of people to date (93%) agree that dropping gum is littering and almost six in seven people (84%) claiming they always dispose of their gum correctly.

“This is a great campaign for communities up and down the country to get involved inSpeaking at the launch,” said Bernadette Moloney, Environmental Awareness Officer at Kilkenny County Council said.

“It unites communities in a common goal to responsibly dispose of chewing gum and continue to contribute to the positive results the campaign has seen to date.”

Speaking at the official launch of the 2017 campaign, Paul Kelly, Chairman of the GLT said that while there have been very positive results to date, the plan is to continue encouraging a positive behaviour change amongst the small minority who are still disposing of gum incorrectly.

“The latest research results highlighted a significant increase in those who say they never drop gum which points towards the success of the campaign since its inception at targeting younger people who are taking the message home with them and into households across Ireland,” he said.

“The national launch today is just one element of this nationwide campaign which also includes a national advertising campaign and a schools education programme, Bin It!”