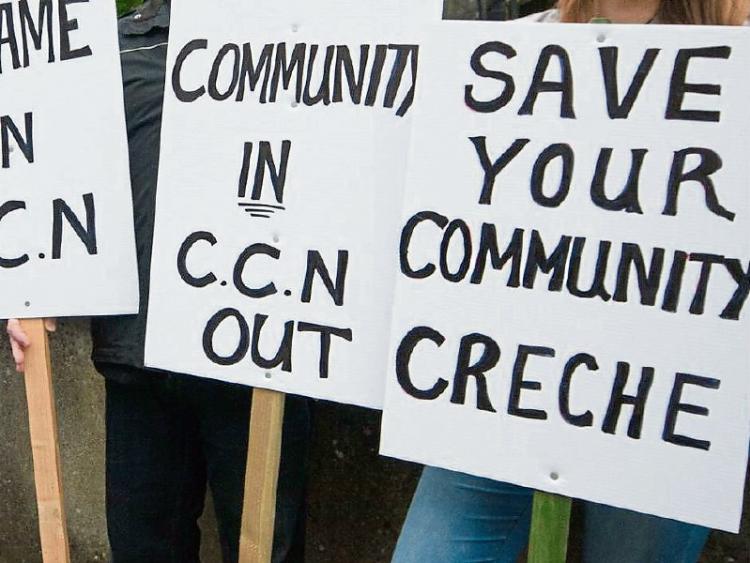 Local parents and other concerned citizens have begun a picket outside the Friary complex in Callan this morning, over the threat to the future of the Droichead Childcare community creche.

The creche, which is run by the Droichead Family Resource Centre and caters for around 60 children, was recently served with a Notice to Quit by Callan Community Network Ltd. They had originally been given a deadline of today to leave, but that has now been extended for some months.

Nonetheless, serious concerns remain over the situation, and there is considerable anger locally over what’s going on. Locals say it is vital the creche be kept open, and want to show their support for Droichead and the staff of the facility.

One of the picket’s organisers, Claire Somers, told the Kilkenny People she is delighted with the numbers that have turned out this morning from 8am.

“We had parents and children here first thing, and some parents are back now,” she said.

“People have just had enough. And it has brought people together - the community has bonded. I haven’t met one person who doesn’t support us.”

That’s borne out by the numbers, in the beeps of the cars passing by, and shows of solidarity from others. One business owner across the road has offered the use of his premises for tea/coffee and toilet facilities for the picket.

At 1pm, the demonstrators plan to march from outside the Friary Complex in Mill Street and up through Green Streen.