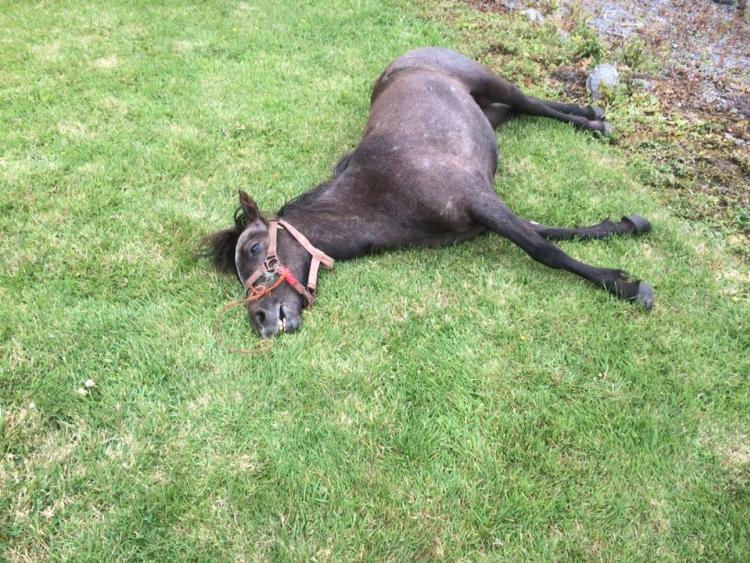 The mare who collapsed and died earlier today

Another distressing video of a horse dying in Kilkenny City has been posted on social media.

Earlier today the video which shows a distressed mare collapse and die in a garden on the outskirts of Kilkenny City was posted on Facebook.

The person who uploaded the video asked 'how many more deaths will it take before people address the current ongoing cruelty to horses'.

He said that the mare had wandered into their front garden with unsteady legs and collapsed. He called the gardaí who stayed with the horse until a vet arrived.

Video: The weary horse collapses in a front garden in Kilkenny

"We were sadly informed by the vet that the poor creature had a severe case of colic and had unfortunately progressed beyond a safe recovery. The mare had to be put down. She wandered from a near by halting site, had a temperature of 41 which is the worst the vet ever saw."

The author of the post said that she was not chipped and was 'was more than likely released out to die and be left to someone else'.

It is understood that the horse died from colic.